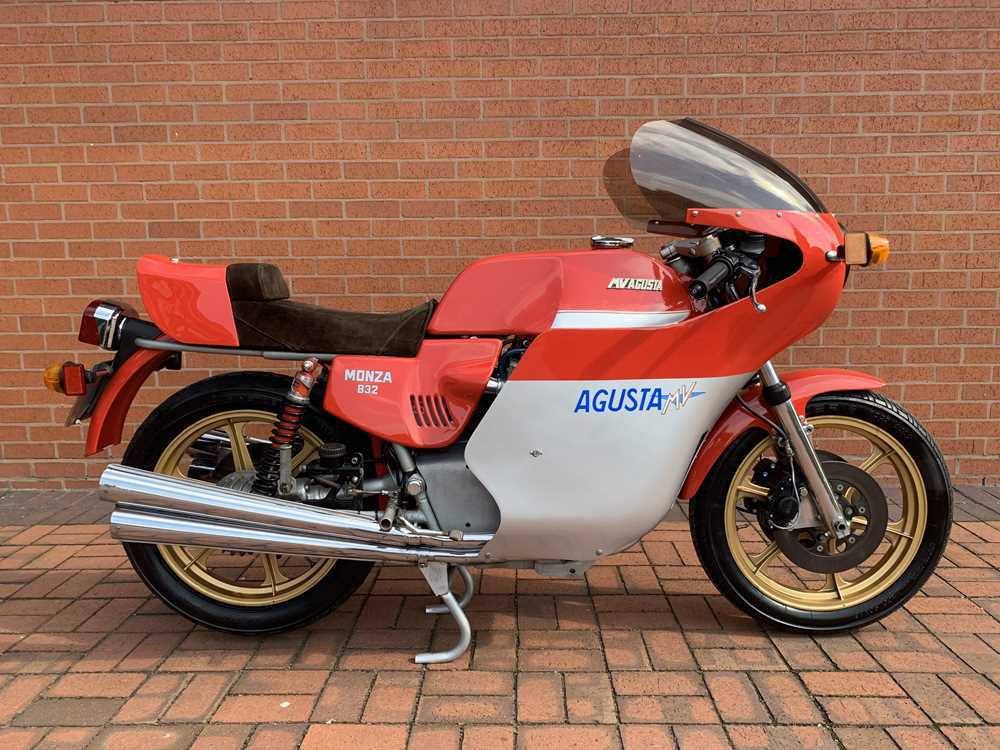 MV Agusta is one of the most famous names in motorcycle history having won 270 Grand Prix motorcycle races, 38 World Riders' Championships and 37 World Constructors Championships with legendary riders such as Giacomo Agostini, Mike Hailwood, Phil Read, Carlo Ubbiali, Gary Hocking and John Surtees. It all began in the early years of the 20th century when Count Giovanni Agusta left Sicily for northern Italy where he built his first aircraft, the AG1, four years after the Wright brothers had made history in the USA. Before the end of WW2 he realised there would be a need for cheap transport once hostilities were over and had developed a 98cc engine that went into production in 1946. Count Domenico Agusta had a passion for motorcycle racing and much like Enzo Ferrari, the Agusta family produced motorcycles almost exclusively to fund their racing efforts so the company launched its own factory racing program, going on to dominate Grand Prix racing in the 50s, 60s and 70s. Inline 4-cylinder engines were a characteristic feature of MV Agustas race bikes and a very exclusive range of 600cc to 860cc 4 cylinder road bikes became the most desirable and expensive bikes available at the time.

This 832 Monza was supplied new by SGT Motorcycles of London and is offered in excellent standard condition, having recently enjoyed a £12,000 refurbishment by Made In Italy Motorcycles during 2018. It must be amongst the last bikes manufactured in the Gallarate factory before motorcycle production was ceased to concentrate on the more profitable helicopter division. By that stage the bikes were being assembled by the race team mechanics under the guidance of Arturo Magni using up all of the specialist parts and optional extras available in the factory before its impending closure. It's hard to get definitive numbers but it's thought that production of the Monza was in low double figures with no two bikes alike. Styled like the Grand Prix bikes that had won their last Grand Prix in 1976 ridden by Giacomo Agostini the Monza has a full fairing, a single racing seat and a stylish 4-into-4 chrome exhaust system. The bike was recommissioned in 2020 but has not been used since and comes supplied with a current V5C, an original owner's manual and a few receipts. A rare chance to acquire one of the most iconic bikes of the seventies.