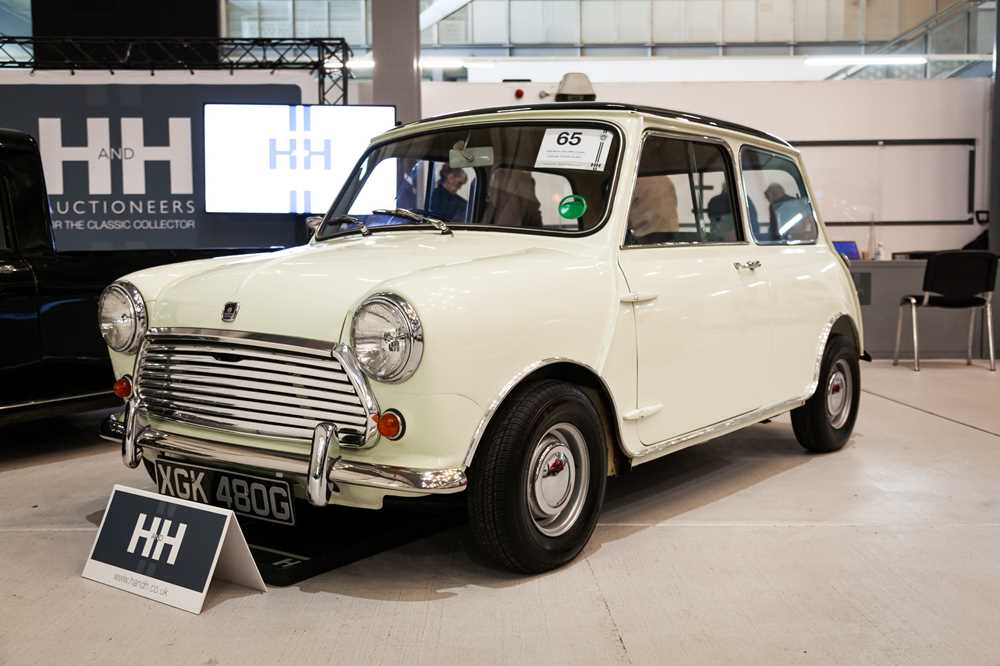 The first Mini Cooper appeared in 1961, following a tie-up with champion F1 constructor John Cooper. The stroke of the standard 848cc engine was lengthened to 997cc which, together with other improvements, raised power output from 34 to 55bhp - a close-ratio gearbox and front wheel disc brakes completed the package. That engine was replaced by a shorter stroke 998cc unit in 1964, while the Mark II version launched in 1967 featured a redesigned grille, a larger rear window and numerous cosmetic changes.

Manufactured in 1968, this Mk2 Cooper was first registered on 23rd September that year. Fitted with the 998cc straight-four A-series engine mated to the four-speed manual gearbox. Finished in the original colour scheme of White with a Black roof, the Morris Mini was previously Blue and White but was reverted to the original colours during a bodywork restoration that was completed 18 months ago. Further benefitted from a brake and suspension overhaul (utilising a dry suspension set-up) since entering into current ownership in 2018, ‘XGK 480G’ has a recorded mileage of 68,951 miles (atoc). Understood to be still fitted with the majority of its original interior, the Cooper also has notably good panel gaps. Offered with a history file which includes a photographic record of the bodywork restoration and repaint; logbook history; a large collection of invoices; a selection of previous MOTs and a current V5C document.