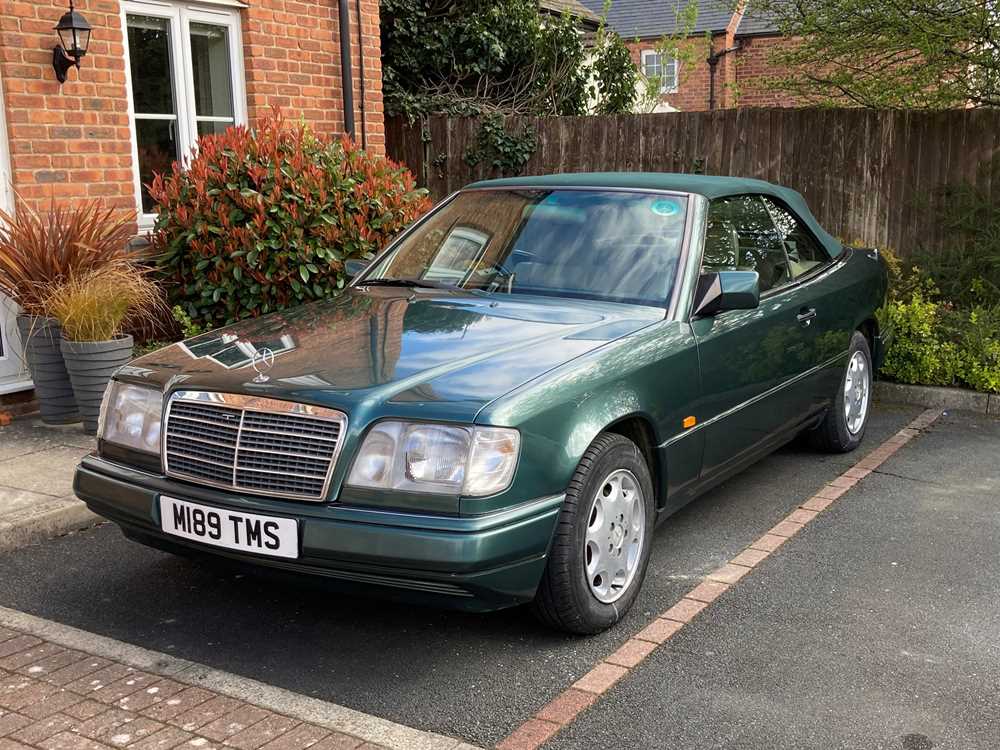 Launched in 1985 as a replacement for the successful and long-running W123 series, the mid-size Mercedes-Benz W124 range built on its predecessor's reputation for thorough design and meticulous construction, while adding a welcome dash of driver appeal to the recipe. The model's typically sophisticated design of multi-link rear suspension resulted in an excellent handling/ride compromise, while its drag coefficient of 0.28 was one of the lowest of any car on sale at the time. It also featured many items of advanced technology - eg its single windscreen wiper with eccentric pivot, and its exhaust oxygen sensor. The line-up of petrol engines ranged in size from 2.0 to 5.0-litres and diesel ones from 2.0 to 3.0-litres. Though initially only available in Saloon guise, the offering was gradually expanded to include an Estate and Coupe. The two-door Cabriolet was the final addition, being offered with 3.2-litre (E320) six-cylinder engine from 1991. A 2.2-litre (E220) version was added to the mix two years later. The pair remained in production long after their Saloon and Estate siblings had been replaced by the new W210, ie until the launch of the CLK Cabriolet in 1998. The E220's engine produced some 148bhp and 155lbft of torque - sufficient to power the Cabriolet version to 62mph in around 11 seconds and on to a top speed of some 125mph. The Cabriolets sold well throughout production, being almost unique in the market as full four-seaters.

This E220 Cabriolet was manufactured in 1995 and was first supplied new to the UK being registered on the 1st of January 1995. Fitted with the 2199cc straight-four M111 engine mated to the four-speed automatic gearbox, the Mercedes-Benz is finished in Malachite Green with a Green mohair hood and complematary Cream interior upholstery and wood trim. ‘M189 TMS’ has covered approximately 131,000 miles from new and has had only five former keepers, entering current ownership in 2018 and being in the previous custodianship from 2008 until that date.

The Cabriolet was subject to an extensive body restoration in 2012 to the cost of approximately £5,200 which comprised new doors, the removal of any corrosion, respray and wheel refurbishment. Further provided with a new hood (by Pete Lenton to the cost of £1,065) in 2014, additional works included a full exhaust system, rear brake calipers and pads and other remediation work to the cost of £1,410 in the same year. The original book pack accompanying the car includes the stamped service book which illustrates nineteen stamps, seven from Mercedes-Benz main dealers and five specialist stamps, with the most recent entry from TOWIW123, W123 specialists at 130,682 miles in May 2021. ‘M189 TMS’ is offered with a history file that comprises a selection of past MOTs and invoices and a current V5C.