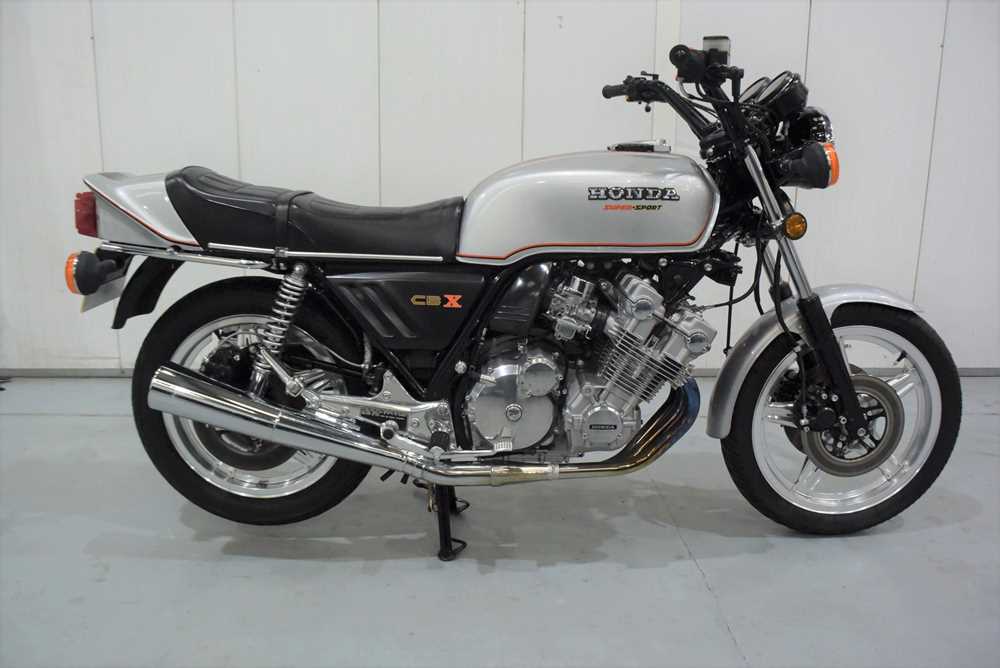 The Honda Motor Company was founded by Soichiro Honda in 1937, initially producing piston rings for Toyota. They made their first motorcycle in 1949 and within 10 years had become the biggest motorcycle manufacturer in the world, going on to make over 400 million two-wheelers as well as millions of other power products. The launch of the four cylinder CB750 in 1969 ushered in the 'Superbike' boom in the seventies and Hondas crowning glory of the era was the amazing six cylinder CBX1000, still one of the few 6 cylinder motorcycles ever produced.

This DOHC 24-valve inline six-cylinder 1980 CBX1000 has been stored in a heated garage as part of a large private collection of 70s/80s Japanese classics. The earlier more sought after version with twin shocks the bike has been very well restored at some point in its life keeping a good degree of originality and sports a chrome Sebring 6 into 2 exhaust system. Stood for a number of years it will need some recommissioning including a carb clean, tank clean, brake overhaul and a new battery before use.