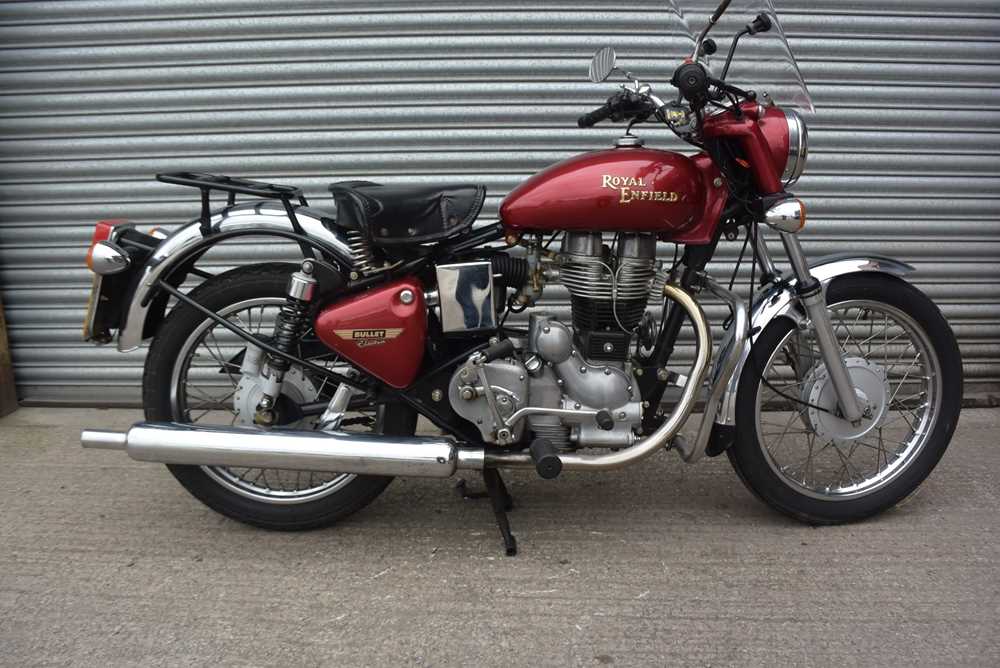 The first Royal Enfield motorcycle was built in 1901 by the Enfield Cycle Company of Redditch having previously manufactured bicycles, lawnmowers and stationary engines. Under various ownership, the name has continued through to the present day making it one of the longest running names in the two-wheeled world.

This 2005 Bullet 350 Electra was owned and maintained by an enthusiast as part of a collection of Royal Enfields and comes fitted with a touring screen, crash bars, rear carrier and a single sprung saddle. The carburetter appears to have been changed to a British made Amal Concentric. Supplied together with a few old MOTs, the original owners manual, three 1950s workshop and owners manuals and a current V5C it was last ridden in late 2019 so will need recommissioning before use.