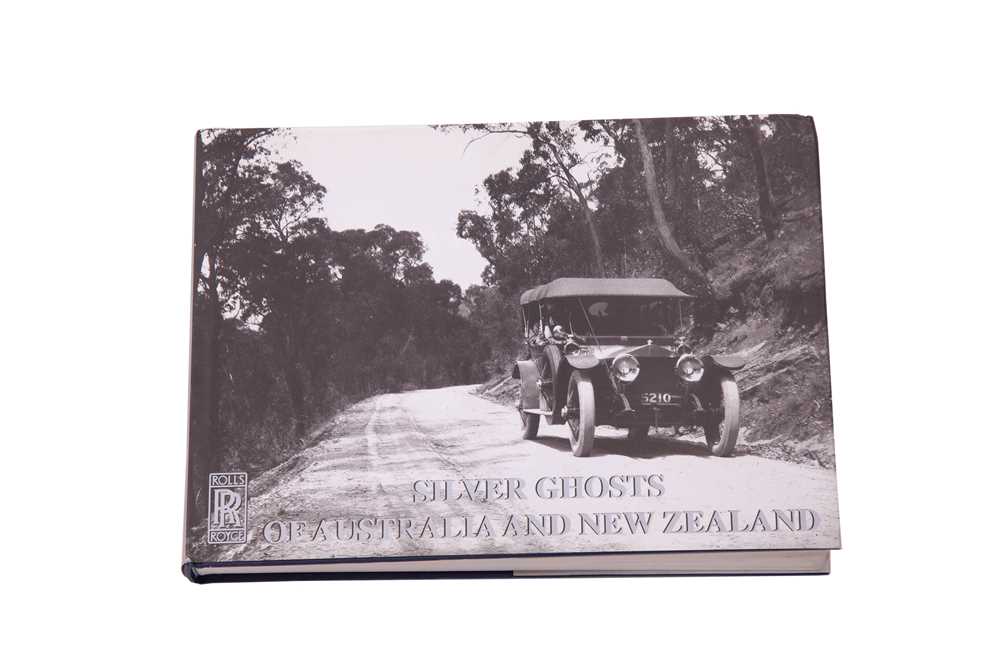 Number 35 of a limited run of just 350 examples

The pre-Armistice 40/50 HP Silver Ghost was the model which enabled Rolls-Royce to proudly claim that their product was The Best Car in the World. Each Silver Ghost was individually hand crafted and the coachwork was commissioned to the requirements of the client by his / her personally chosen coachbuilder. Every car was unique. Every car had a distinct personality. And every car has its own story to tell..

This book, the work of many years of research, relates the cameo histories of more than one hundred pre-Armistice Silver Ghosts which were acquired by Australian and New Zealand owners. While many of these were imported new, others were purchased as used cars in the UK and Europe after the Great War.

Typically Silver Ghosts served treasured early lives, being meticulously cared for by chauffeurs and fastidiously maintained by owners with no expense spared.

Age and fashion however, dictated that outmoded coachwork be replaced and this heralded the beginning of their demise. Some were converted to utilities, others were made into hearses, farm carts or tractors. Still others were reduced to serving as motors to drive pumps.

With advancing years, the impacts of the Great Depression and later the Second World War reduced these once stately cars to anachronistic relics of the past. Neglect and abandonment commonly followed. Due to the ravages of exposure and souvenir-hunters many of these cars became unrecognisable assemblages of mechanical components.

While a number remain unaccounted for, happily many chassis have now been recovered and lovingly restored to their former grandeur. Supported profusely by period and current photographs, Silver Ghosts of Australia and New Zealand breathes new life into these glorious, timeless and significant vehicles.