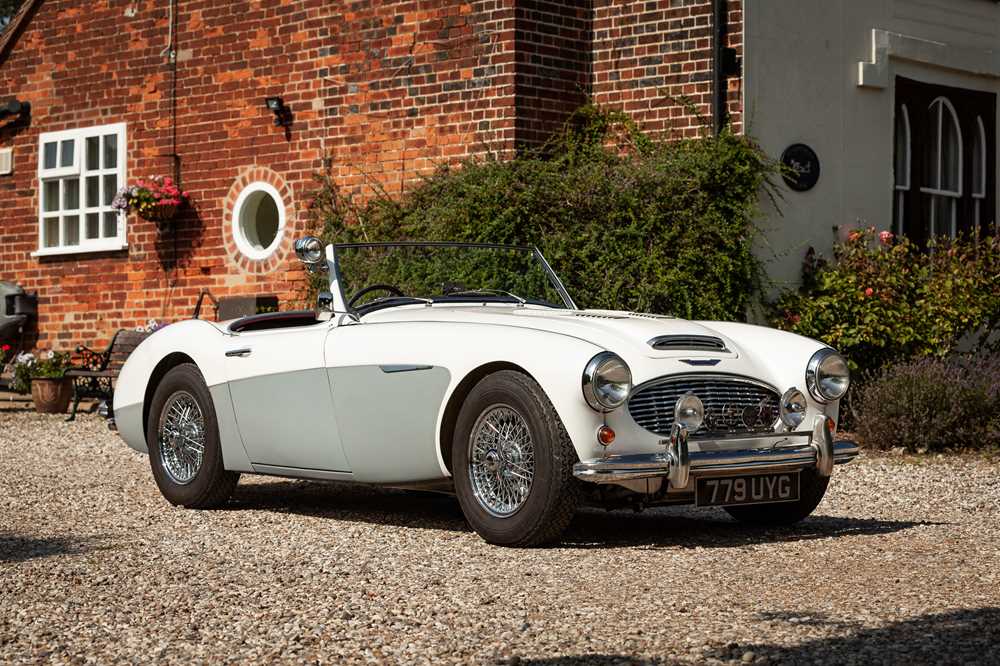 "After a really gruelling road test, I can say that this new sports model is ideal for Continental touring. It also stood up to lap after lap of the Nürburgring at racing speeds, without complaint, and that must be equivalent to a vast mileage under more humane conditions. Finally, it has the kind of appearance that will make many prospective purchasers reach for their cheque books." – John Bolster on the Austin-Healey 100/6, Autosport, 12th October 1956.

Introduced in 1956, the 100/6 represented the most radical step forward in the Big Healey's development. Despite its initial success, sales of the original Austin-Healey 100 had begun to decline by the mid-1950s and so the model was revamped as the '100/6', BMC's 2.6-litre C-series six replacing the original four-cylinder Austin Atlantic engine. At the same time, the wheelbase was lengthened from 7' 6" to 7' 8", which enabled the inclusion of two occasional seats in the rear of the BN4 variant. In 100-6 tune the pushrod six produced 102bhp - 12bhp more than its predecessor - though the inevitable weight gain meant that there was little if any improvement in performance, the car's top speed remaining at 103mph or thereabouts. Although stylistically very similar to the preceding 100, the 100/6 was nevertheless easily distinguishable by its 'crinkle' radiator grille and bonnet-top air intake. In 1957 an improved six-port engine became available, and this 117bhp unit was fitted to all the newly introduced BN6 two-seater roadsters. The top speed improved to 111mph and 1.7 seconds were cut from the 0-60mph time.

Originally a left-hand drive model, this BN6 roadster underwent a full and comprehensive restoration during 2014-15 and was converted to right-hand drive in the process. Purchased and imported by Gordon Scott of Hayward & Scott (classic car component fabricators), it still presents like a recent restoration should and runs and drives well. The car was finished 'in-house' to a particularly high 'no expense spared' specification, including a 'Works' hardtop, front disk brakes, alternator, inertia reel seatbelts, new chrome wire wheels (shod with XAS tyres), together with a bespoke (and quite beautiful!) exhaust system and manifold.

This wonderful Big Healey is accompanied by a V5C Registration Document and records of its restoration including photographs of the car throughout the process, a Heritage certificate, a small number of receipts and a letter from Mr Scott confirming the works that were carried out.

Well-maintained six-cylinder Healeys provide a fabulous driving experience and this example presents extremely well in a wonderful, yet unusual colour combination. Ready to enjoy, '779 UYG' demands a close look for anyone seeking a practical and stylish sports car with some subtle upgrades, that simply couldn't be replicated for even a fraction of the guide price.

Please note - this is vehicle is supplied with a tonneau cover and hood frame.