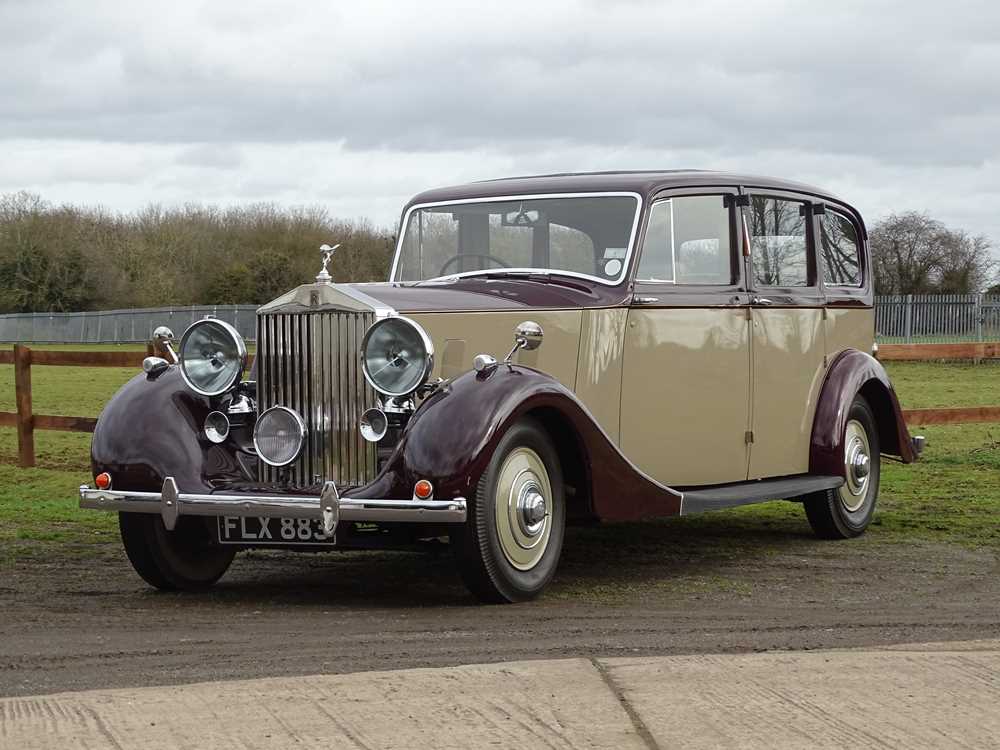 Records indicate that this Wraith Limousine enjoyed four owners in the UK before being shipped to the USA, probably in the early 1970s. Chassis ‘WLB 30’ left Park Ward’s coachworks finished in Black with a fine Blue coach line; its first owner was Mrs L Emmett, of Grosvenor Square, London, who placed a special order for a Clayton heater to be fitted in the rear compartment. The Rolls-Royce’s first American owner was Mr W. Moreland-Brown, of Las Vegas, Nevada, who registered it in 1972. The car was discovered, abandoned in the Nevada Desert eleven years later by an American songwriter who consigned it to the Vintage Vehicle Restoration Company for rejuvenation. Wonderfully detailed and necessarily expensive, the refurbishment of ‘WLB 30’ occupied the next eight years, helping to bankrupt its owner, who had spent $85,000 on what was a work in progress.

The Wraith was eventually sold in 1992 by Speciality Sales of Rancho Cordova, California to an Englishman, Tom Young, who shipped it back to the UK for completion. This involved re-fitting the body to the chassis and a total interior re-trim. Beige West of England cloth was used for the rear compartment with matching Wilton carpeting, while the front seats and door panels were covered with tan leather. The coachwork was later repainted in Burgundy with Pale Sand side and rear panels and the original registration mark ‘FLX 883’ was reinstated, courtesy of the DVLA. More recently treated to £3,000 worth of mechanical fettling in 2015 and some light recommissioning in 2019, the Wraith is offered with factory chassis card records, collection of old invoices / MOT certificates, diagrams, photograph negatives and an assortment of tools. Displaying 49,500 unwarranted miles, the vendor currently grades the Rolls-Royce’s engine, gearbox, electrical equipment and interior trim as ‘very good’, while he rates the bodywork and paintwork as ‘good’.