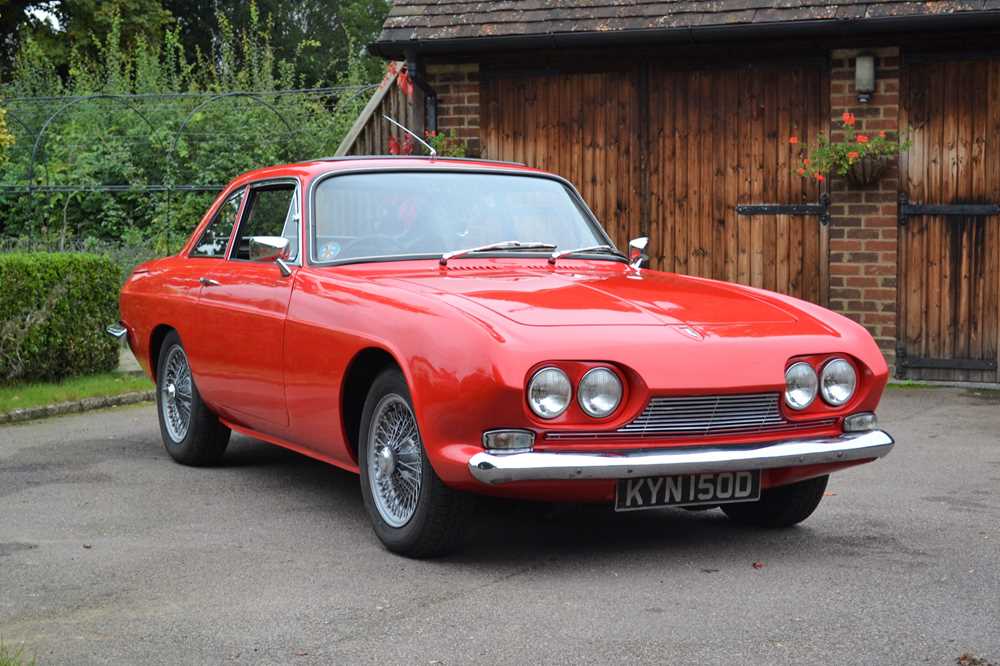 The Reliant Scimitar series were manufactured between 1964 and 1986, Reliant's first Scimitar being a coupé based upon the styling of a Daimler SP250 prototype (renamed the SX250) and the chassis of a Reliant Sabre. First displayed in 1964, it was powered by a 2.6-litre Ford straight six from the Ford Zephyr/Zodiac and to keep costs down, many components in addition to the engine were off-the-shelf items - a point emphasised for buyers of early examples in which unfolding the sun visor could involve knocking the driver's mirror out of adjustment! The engine was mated to a four-speed manual gearbox with optional Laycock overdrive. Suspension was by wishbones and coil springs at the front with live axle, coil springs and a modified Watts linkage at the rear. Steering was by rack and pinion and braking by Girling discs/drums.

Manufactured in 1966, this SE4 utilises the 2553cc straight-six engine mated to a 4-speed Ford transmission with overdrive. Finished in Porsche Guards Red with Black vinyl interior upholstery and wood trim, ‘KYN 150D’ entered the current ownership in 2006 and has a recorded mileage of 95,263 miles (at time of consignment). It was comprehensively restored between 1992 and 1997 comprising body removal; chassis blasting and repairs; repaint; suspension restoration and renewal; steering and brake reconditioning; engine and gearbox overhaul and much further work.

Featured in Practical Classics (June 1998) following the completion of the restoration, the car subsequently gained a TV cameo appearance in the 2002 Heartbeat Christmas special with set pictures, newspaper clippings and VHS tapes included in the sale. ‘KYN 150D’ has since benefited from a new stainless-steel exhaust in 2015 at a cost of c.£1,600, a gearbox and axle overhaul together with much further mechanical remediation in 2016. Offered with a sizeable history file which comprises a vast selection of invoices, large collection of MOTs, copy of the featuring Practical Classics magazine, a photograph album of the restoration work and current V5C.