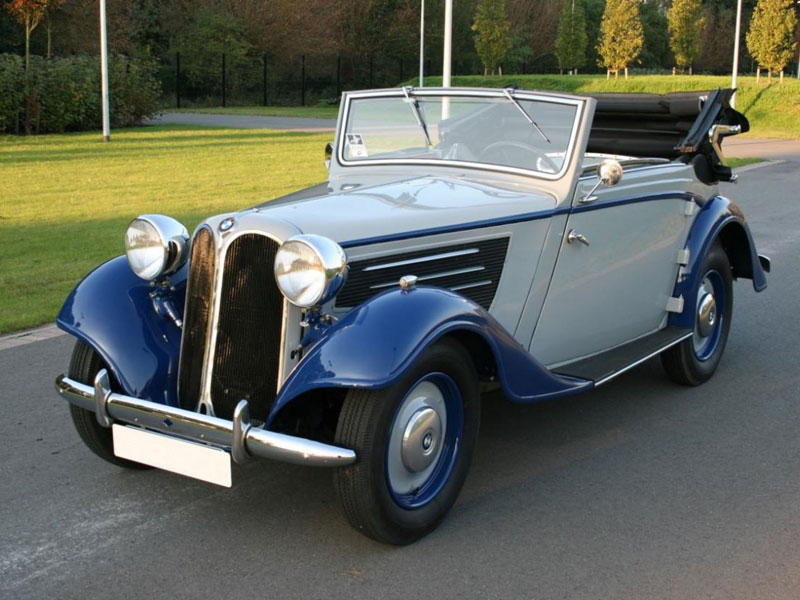 Powered by a 45bhp 1.9 litre OHV straight-six engine allied to four-speed manual transmission, it was reputedly capable of over 70mph in standard tune. Built between late 1934 and the Spring of 1937, the 319 was offered in a total of five body styles and, of the 6,466 produced, just 2,066 are thought to have been two-door Cabriolet versions such as that now offered. Notably exclusive vehicles of the period, they would each have been priced at some 5,800 Reichmarks. The related but still rarer and more powerful 319/1 Roadster added kudos to the model range courtesy of an enviable competition career.

The left-hand drive 319 Cabriolet now being sold is bodied by Karosserie Drauz of Heilbronn. Finished in what are believed to be its original colours of Grey and Blue, it was the subject of a thorough restoration back in the 1990s yet, in the words of the vendor, 'still presents very smartly today'. It was imported to The Netherlands in 1959, where the first owner retained the BMW for almost 30 years. Its history between 1988 and 1997 is unknown, but since then it has had just one Dutch keeper. The vendor currently classes the paintwork and Black faux leather interior trim as 'very good', and the bodywork, six-cylinder engine, four-speed transmission and electrical equipment as 'good'.