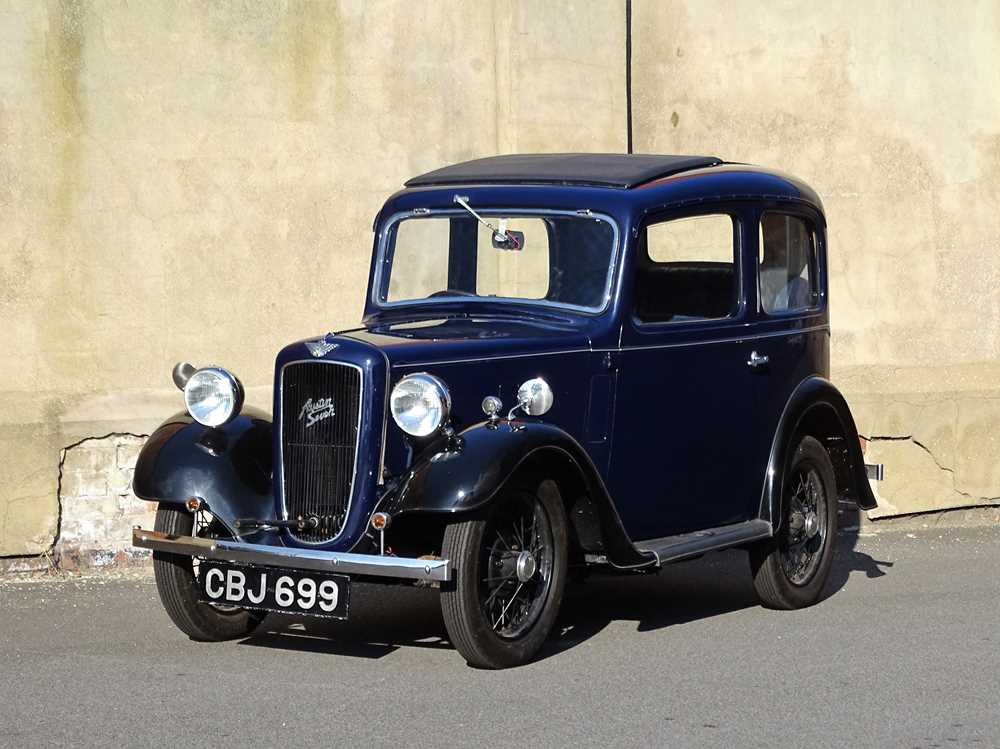 Issued with the number plate ‘CBJ 699’ on 5th March 1937 by East Suffolk County Council, this delightful Austin Seven Ruby appears to have remained in the same county until 1972 when the current registered keeper bought it. Self-evidently the subject of past restoration work, the four-seater boasts such niceties as a sliding sunroof, rear view mirror with embedded clock, opening windscreen and logoed running boards. Having spent the past forty-nine years garaged alongside the Austin Seven Nippy in this same auction, it would seem a shame to split them up. Offered for sale with continuation green logbook and V5C Registration Document.