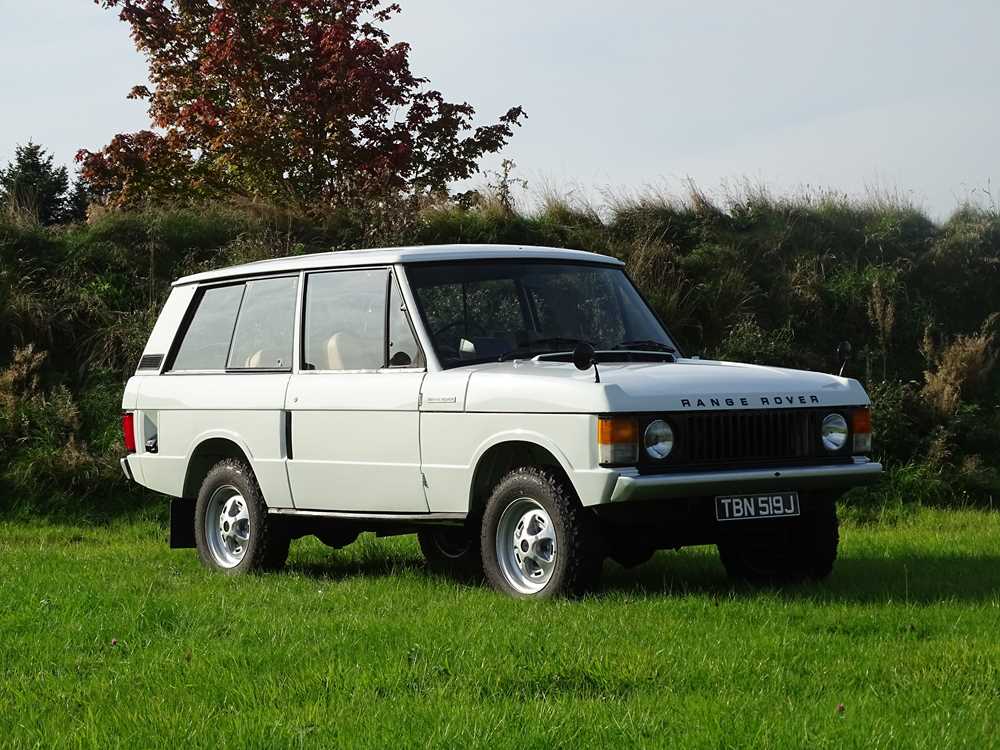 Classic Range Rovers have been increasingly hot property for some time now but, as with most collectable vehicles, it is the early derivatives of the breed that are the most sought after, which is what makes this stunningly-presented example especially interesting. To be specific, it is one of only 2,844 righthand drive home market cars built during 1971, and one of the rare and desirable suffix A models. In 2012 it became the subject of a body-off restoration, during which every part was stripped and either refurbished or renewed. The original Palamino vinyl interior was completely replaced by one from Nationwide Trim, while the body panels were individually sprayed in the original colour of Davos White. A reconditioned Land Rover engine was installed, the transmission and braking system overhauled, and new tyres fitted. Needless to say, the vendor now classes the bodywork, paintwork, upholstery, V8 engine and manual transmission as all being in ‘excellent’ order, and is offering the Range Rover complete right down to the full set of original tools clipped in place on the side of the load bay.

The no-nonsense Land Rover was an unashamed agricultural workhorse and, though fully roadable, was never intended to cosset its occupants. From day one, there therefore lay scope for the production of a sibling that combined the Landie’s much vaunted off-road prowess with a greater degree of on-road chic and comfort. Though various such plans were mooted in the 1950s, it was the emergence of the SUV market in America a decade later that finally convinced Rover to create such a model. Spen King famously oversaw the ‘100 inch Station Wagon’ project that was finally revealed to the world as the Range Rover in 1970 - a David Bache design that created a whole new genre of go-anywhere vehicles, which remains in full bloom today.