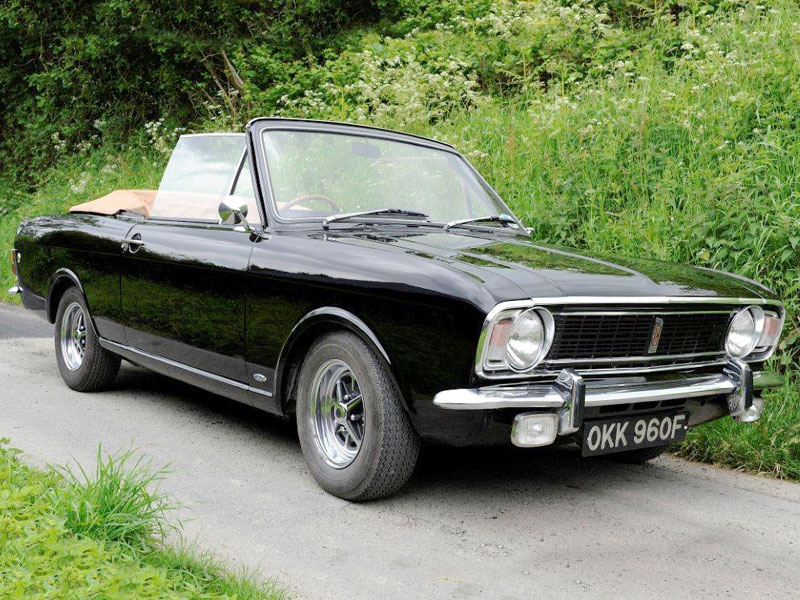 Introduced in March 1967, the Ford Cortina Lotus MK2 shared much of the same high-performance DNA as its illustrious MK1 predecessor. However, by moving production in-house, the Blue Oval hoped to not only improve reliability but also enjoy more of the kudos associated with the model. The newcomer sported a distinctive black front grille, 5.5J x 13 wheels and Lotus badging to each rear wing. Fitted with a more powerful version (109bhp) of the 1558cc Lotus 'Twin-Cam' engine which had hitherto been optional on the Elan and MK1, the MK2 also benefited from a revised 3.77:1 final drive ratio and new remote-control gearchange. Still carrying its battery in the boot to aid weight distribution, the two-door sports saloon boasted a wider track and larger fuel tank. Riding on stiffened suspension and utilising disc / drum brakes, it provided Ford with an effective competition platform until the arrival of the 'Twin-Cam' Escorts. Better built and less temperamental than its forebear, the Ford Cortina Lotus MK2 remained in production until 1970 by which time some 4,032 are thought to have left the Dagenham gates.

This 1968 MKII is understood to be one of just 20 turned into Convertibles by Crayford Engineering, of which only eight are known to have survived. The original engine was apparently replaced by a Lotus factory unit in 1973 and the car dry stored between 1985 and 2010. During the recommissioning the cylinder head was converted to run on unleaded fuel, and the Lotus was treated to a respray this year; during which it was found to be corrosion-free apart from a few minor blisters. 'OKK 960F' is now regarded by the vendor as having "excellent" bodywork, Black paintwork, four-cylinder engine and four-speed manual transmission, and "good" Beige-coloured interior trim. With only two owners from new and a reputedly genuine 28,000 miles covered to date, it provides lovers of potent convertibles with an unusual opportunity.
Share: