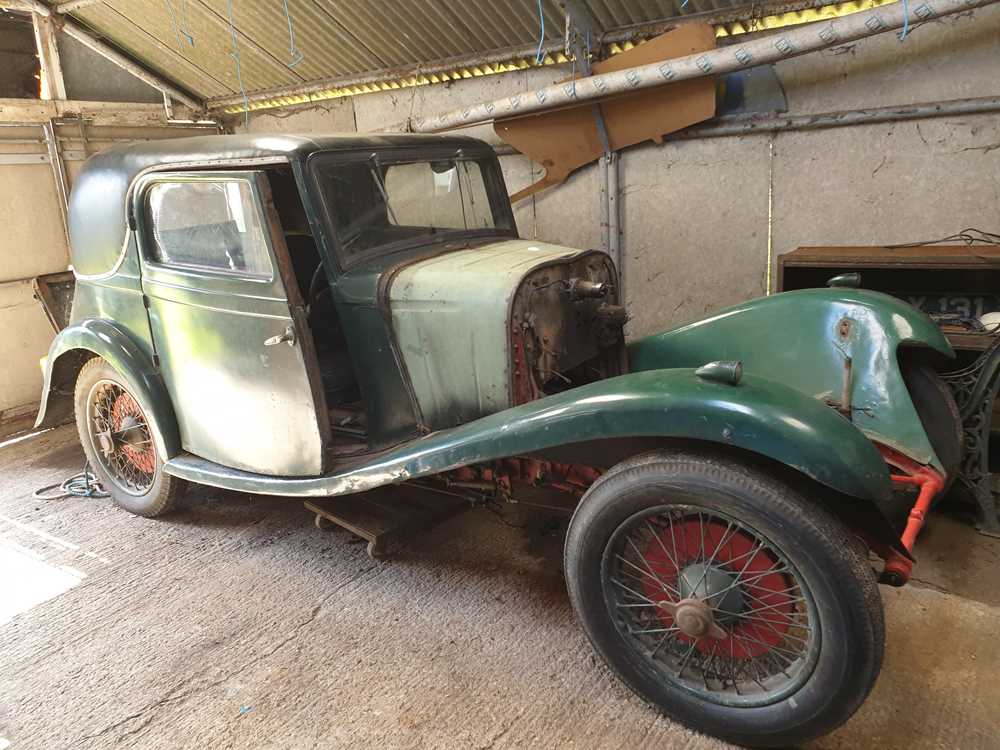 Introduced at the 1933 Olympia Motor Show, the Lagonda Rapier was intended to capitalise on the growing market for small capacity sports cars. The work of consultant Thomas 'Tim' Ashcroft, the newcomer’s 1104cc four-cylinder engine utilised twin overhead camshafts to produce a class-leading 50bhp @ 5,400rpm. Praised by the contemporary motoring press for its performance, refinement and agility, the model was supplied in bare chassis guise only and bodied via the likes of E.D. Abbott, John Charles, Maltby and E.J. Newns. The Lagonda Club estimates that just 69 of the 376 Rapiers made have survived to the present day.

First registered in London (or so its ‘BLY 131’ number plate would imply), chassis D10981 was taken off the road during 1973 pending a restoration that has yet to happen. Partially disassembled by the vendor since its acquisition twelve years ago, the Lagonda lacks carburettors but otherwise appears to be substantially complete. The engine has been stripped and shows no sign of a major failure, while the chrome plating to the headlamps and radiator shell is said to be ‘good’ (though, the latter has a small dent in it). The dynamo has been overhauled. A worthwhile project, this handsome Rapier is offered for sale with V5C Registration Document and a new / unused 2-litre supercharger.

PLEASE NOTE: The vendor informs us that the cylinder block appears to have been professionally repaired in the past