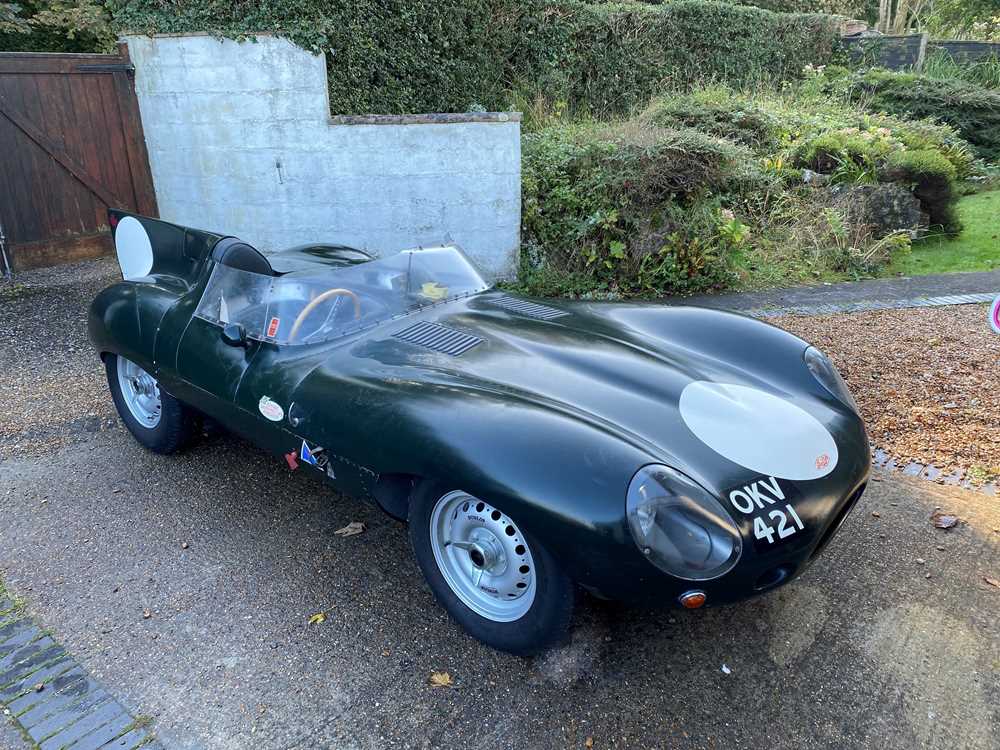 Founded by Guy Black and Roger Ludgate in 1968, Lynx soon became renowned for their Jaguar C-Type, D-Type and XKSS expertise (even working on the Coventry manufacturer’s own heritage fleet). Launched at the London Racing Car Show in 1974, the Lynx D-Type was a highly convincing Evocation. Typically employing a Jaguar E-Type donor, it featured an authentic alloy monocoque and aluminium bodywork by Williams & Pritchard. According to an accompanying dossier from The Lynx Register, ‘OKV 421’ was the third Lynx D-Type completed. Commissioned by Blair Hamilton of Classic & Thoroughbred Motors Ltd in Vancouver, who was a friend of Guy Black, it was built to 1955 specification complete with a long nose, high tailfin and single screen. Raced at Club level and the subject of an article in the Vancouver Sun newspaper on 25th January 1978, the D-Type was repatriated some two years later. Reportedly passing through the hands of Victor Gauntlet, Casper McDonald Hall and John Baynes thereafter, the latter had a slight off at Brands Hatch which saw the two-seater returned to Lynx for minor repairs. Bought by Barry Eastick during 1983, not long after it had graced the front cover of Sporting Cars magazine, ‘OKV 421’ resumed its competition career the following decade at the Nurburgring, Silverstone and Spa-Francorchamps etc (having been the first Lynx D-Type converted to dry-sump lubrication). Looked after by John Pearson and Martin Greaves from 1989 onwards, the two-seater entered the current ownership in May 1997 for £69,000. Preferring to enjoy ‘OKV 421’ as a fast road car, the vendor tasked Lynx with reconfiguring it to Works 1956 specification (hence the addition of a passenger door and full-width wraparound windscreen). Taken off the road with an electrical issue some ten years ago, the two-seater has remained garaged ever since. Still registered under its Jaguar E-Type donor identity, this fabulous Lynx D-Type has the makings of a very worthwhile project. Offered for sale with a large history file dating back to 1976.