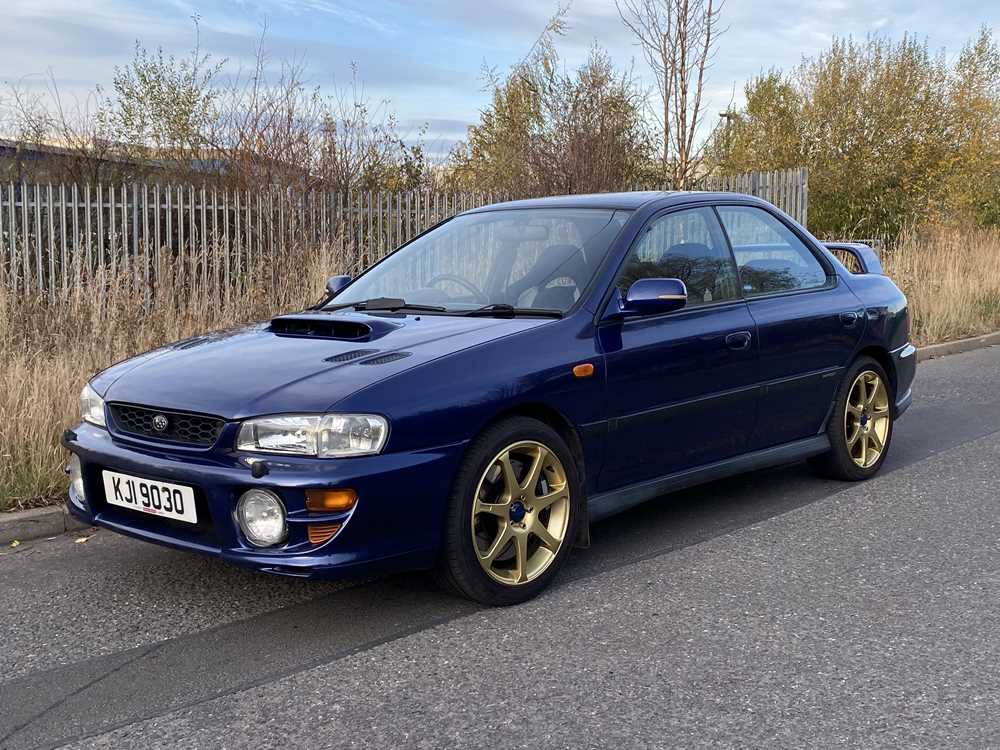 Introduced on the 1st March 1993, the Impreza was offered in either front-wheel drive or all-wheel drive versions and as a four-door saloon or five-door hatchback/station wagon. Subaru chose to continue their longstanding use of the boxer engine in the Impreza. According to Subaru, their configuration of the engine in line with the transmission minimises body roll due to the lower centre of gravity compared with offset engines in most other cars. The boxer design provides good vibration mitigation due to the principles of a very well-balanced engine, the movement of each piston is largely countered by a piston in the opposing cylinder bank, eliminating the need for a counter-weighted rotating crankshaft (harmonic balancer). Torque steer is also minimised with this type of powertrain layout since the front driveshafts are of equal length and weight.

Manufactured in the year 2000, the Impreza was supplied new via Threeways Garage Subaru in Abergele, being purchased by the first keeper on the 1st of September that year. Fitted with the 1994cc flat-four Subaru EJ engine mated to the five-speed manual transmission and is finished in Deep Blue Metallic with two-tone Grey interior upholstery. Having covered just 77,276 miles (at time of consignment) at the hands of just two former keepers. Accompanied by the original service book which displays fifteen entries, the last at 69,700 miles, along with a small selection of past MOT certificates and invoices, a no advisory MOT until November 2022 and current V5C document. Interested parties should note that the Subaru is fitted with a 'cat-less' exhaust.