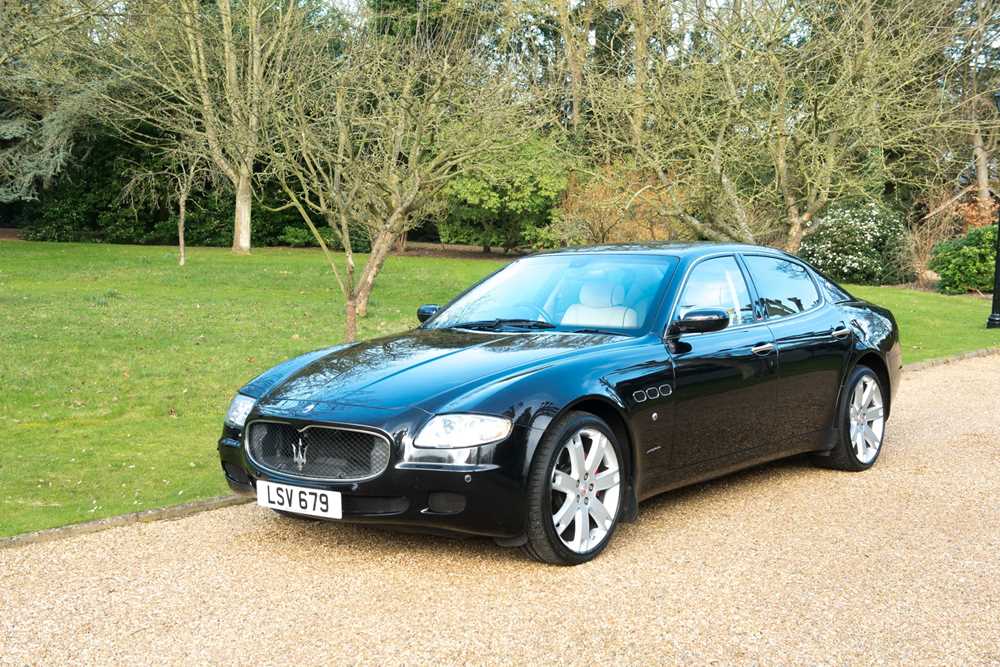 Maserati’s history is a tangled web, but has resulted in some great cars. Formed by the Maserati brothers, it was taken over by Adolfo Orsi in 1937 and it was during his son’s reign that the first Quattroporte was born. The fifth-generation model was a Pininfarina design unveiled at the 2003 Frankfurt Motor Show and powered by an uprated version of the Gran Turismo 4.2-litre V8 engine. With c.400bhp on tap, the newcomer could be hustled to 62mph in 5.6 seconds and to a top speed of almost 170mph. The very smartly presented righthand version now offered features Black bodywork teamed with a Cream-coloured hide interior. It has remained in its current ownership since 2015, prior to which there were just three keepers. It is a well-maintained example currently registering 79,000 and has been treated to an oil change this year. The Maserati comes complete with its original service book and a collection of related invoices.