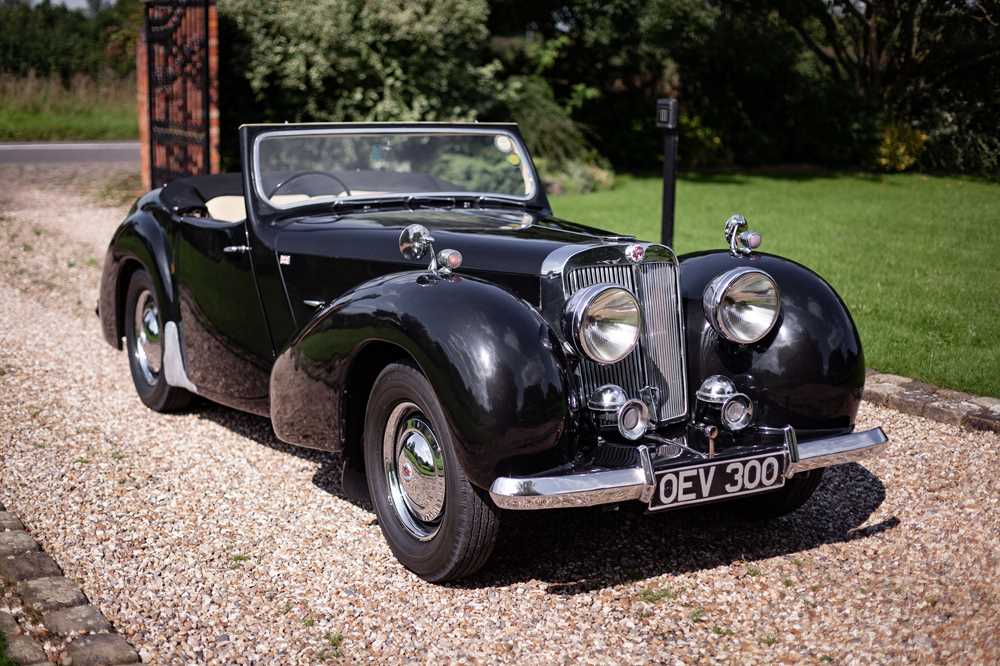 Introduced in late 1948, the Triumph 2000 Roadster shared the same flamboyant styling and dickey seat as its Frank Callaby-penned predecessor, 1800 of 1946. Based around a near-identical ladder-frame chassis equipped with independent front suspension, hydraulic shock absorbers, and four-wheel drum brakes, the newcomer benefited from the adoption of a more refined hypoid-bevel rear axle. Considerably torquier than the unit it replaced, the new Standard-Triumph 2088cc OHV four-cylinder engine made for a notably more relaxed performer. Such was the Roadster's newfound in-gear flexibility that the decision was taken to provide three rather than four forward speeds. Still bodied in 'Birmabright' alloy over an ash frame, the 2000 used more panel bracing than the 1800 and thus provided a tauter drive. With a production run of only two years, just 2,000 2088cc-powered Roadsters are thought to have been made.

Manufactured in 1948 and first registered in 1949, 'OEV 300' is presented in Panther Black with a contrasting Cream interior. The car benefited from mechanical fettling and a respray in 2002, while 2008 saw the interior re-trimmed at a cost of over £3,800. Included with the vehicle are a number of Drivers and Technical handbooks, assorted Triumph Roadster Review magazines and a small collection of previous invoices. The vendor rates the condition of the bodywork and paintwork as ‘good’, the engine as ‘very good’ and the electrical equipment, gearbox and interior trim as ‘excellent’.