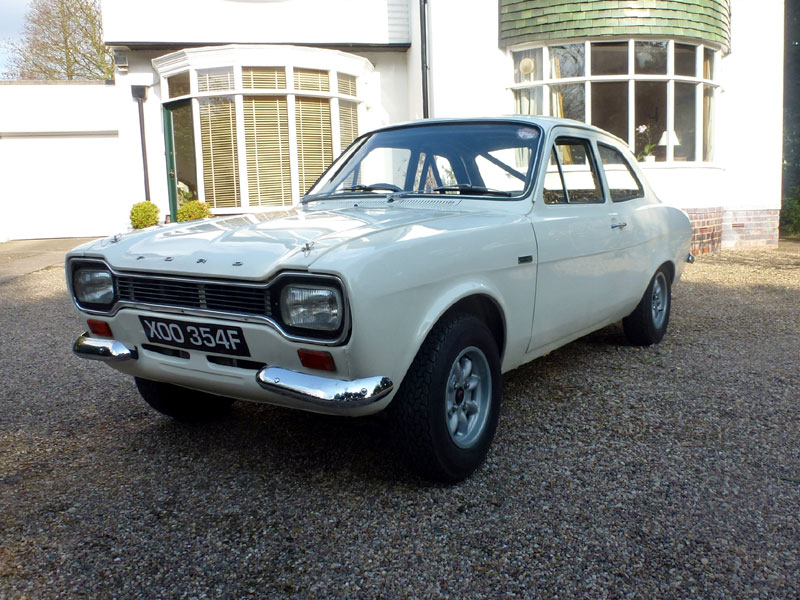 The famous `XOO' series stand out as the first Escort Twin Cam rally cars - but `354F' never competed in homologated 1600cc form in period. Instead the two-door saloon spent much of its early life as a test/practice machine before being pressed into service as an 1800cc, 180bhp Group 6 car for Hannu Mikkola and Mike Wood on the French Alpine rally in 1969. `XOO 354F' proved fast on the early stages but did not finish, being forced to retire with rear axle failure. Roger Clark is later believed to have used the Escort as a recce car before it was sold off to Works-supported driver Chris Sclater in late 1970. The Ford passed to its present owner via Withers of Winsford in 1972, and its history is therefore known from new. Reshelled in the '90s with all correct gussets and turrets, and recently resprayed Ford Ermine White, it is presented in classic Escort rally form, with roll cage, World Cup crossmember, strut brace, quick rack, dual-circuit pedal box, limited-slip differential, Bilstein dampers, magnesium Minilite wheels, original Contour buckets seats and Springalex steering wheel. The 1600cc Twin Cam engine has been stripped and checked in recent years with very little use, driving through a 2000E gearbox - the full 1968 Works specification, with all the right bits and an MOT current until January 2014. Described by the vendor as being in "excellent overall" condition with regard to its engine, transmission, electrical equipment, interior trim, bodywork and paintwork, this historic ex-Works Escort is worthy of close inspection.

PLEASE NOTE: Since the catalogue went to press we have been contacted by both Chris Sclater and Withers of Winsford to say that the latter sponsored `XOO 354F' for 1971 - the year in which Mr Sclater won the British Rally Champsionship - but never owned the car. Mr Sclater further informs us that he crashed `XOO 354F' on the Manx Rally in late summer 1971. He then stripped the Escort before selling it to a rally car dealer in South Wales (thought to be Jeff Chruchill) as a damaged bodyshell with accompanying logbook. The vendor purchased the remains of `XOO 354F' from the rally car dealer in South Wales and has owned it ever since. During its restoration the Ford was re-shelled and fitted with suitable replacement parts so as to evoke the `Twin-Cam' specification with which it began life.
Share: