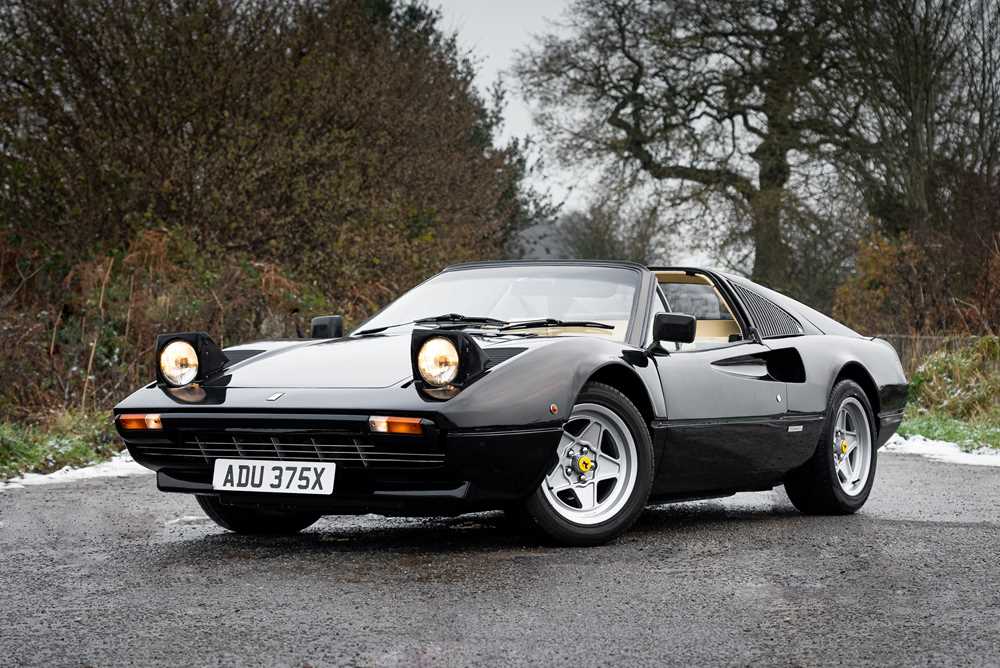 PLEASE NOTE: We believe the alternator has a fault on this lot

Introduced at the October 1975 Paris Salon, the 308 GTB (Gran Turismo Berlinetta) was an important car not just for Ferrari but for stylist Pininfarina as well. Keen to re-establish its monopoly on the Prancing Horse, the famous carrozzeria strove to produce a truly iconic design. In the eyes of many it succeeded and certainly Maranello has not strayed since. Initially clad with fibreglass panels the 308 GTB adopted steel bodywork in 1977 (though, the inner wings and floorpan remained moulded from GRP). That same year also saw an open-topped version debuting at the Earls Court Motor Fair. Christened the 308 GTS (Gran Turismo Spider), it was Ferrari's only ‘wind-in-the-hair’ model at the time and featured a removable ‘targa’ roof panel that stowed neatly behind the seats. Utilising a subtly strengthened version of its sibling's tubular spaceframe chassis, the newcomer employed the same all-round independent double-wishbone suspension, four-wheel disc brakes and rack and pinion steering. Powered by Maranello's magnificent 'quad-cam' 2926cc V8 engine mated to five-speed manual transmission, the 308 GTS was reputedly capable of 0-60mph in 6.7 seconds and 150mph. The adoption of Bosch K-Jetronic fuel injection in 1980 brought an improvement in fuel economy and saw the model rechristened the 308 GTSi.

The vast majority of the 1,749 Ferrari 308 GTSi cars made were to left-hand drive specification. Indeed, the UK market received just sixty-seven right-hand drive examples. Originally finished in Nero with Crema leather upholstery, chassis 39175 was specified with air-conditioning to complement its lift-out Targa roof panel. The vendor tells us that: ‘Sadly, the car’s early history has been misplaced but there are invoices on file for work carried out over the past decade by the same independent Ferrari specialist’. Reportedly treated to an extensive cosmetic restoration over the past couple of years ‘including a full respray and partial interior retrim in the original Ferrari Nappa leather’, ‘ADU 375X’ is also said to have benefited from a cambelt service during December 2020 and a gearbox overhaul (plus replacement water pump, crank sensor and rear main oil seal etc) in August 2021. The latter was carried out by marque specialist R&D Automotive of Manchester at a cost of £5,505.44. Pleasingly retaining its original factory-fitted 2926cc V8 engine and spare wheel, the two-seater passed its last MOT certificate on 9th September 2021 with ‘no advisories’. Displaying a highly credible 65,600 miles to its odometer and even sporting the original radio, this rare, RHD 308 GTSi is summed-up by the seller as ‘a superb looking machine’.