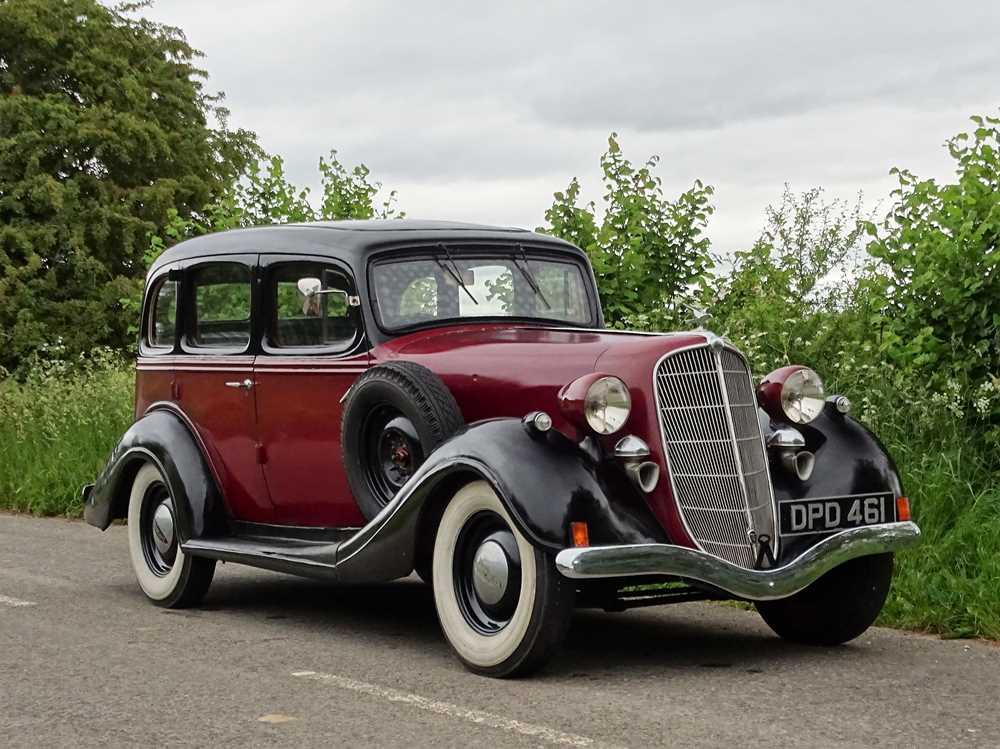 ‘On the sea that's aquaplaning, in the air that's aeroplaning, but on the land, in the traffic, on the hills, hot diggity dog, that’s Terraplaning’

Confronted by dwindling sales, Hudson Motors not only invested in a new product line for its junior subsidiary but rebranded it too. Thus, Essex became Essex-Terraplane on July 21st 1932 with none other than world renowned aviatrix Amelia Earhart as guest of honour. A compact design with an 8ft 10in wheelbase and 3.2 litre straight-six engine, the newcomer’s first model proved faster and lighter than that other bastion of affordable performance, the Ford V8. Q-cars in six- or eight-cylinder guises (though, the latter was short lived), Essex-Terraplanes were used and endorsed by some of America’s most notorious gangsters including John Dillinger, Baby Face Nelson and John Paul Chase. The Essex prefix was dropped for 1934, however, versions built outside the USA in Canada, England, Australia, New Zealand and South Africa were marketed as Hudson Terraplanes. The Terraplane name remained until 1939 when another strategic review saw Hudson Motors abandon the idea of a secondary brand altogether. Revised for 1935, the Terraplane De Luxe could be had in Coupe, Coach, RS Coupe, Touring Brougham, Suburban Sedan or Convertible Coupe guises. Powered by a 212 cu in (3.5 litre) straight-six engine allied to three-speed manual transmission, its turn of speed exceeded that of many more expensive rivals.

Built to right-hand specification and first registered in Surrey on November 22nd 1935 (or so its ‘DPD 461’ number plate would imply), chassis 523049 had migrated to Buckinghamshire by the early 1950s. Pressed into service as a Hackney Carriage by Derrick McCarthy of Langley Motors, a role its commodious six-light saloon body was well suited to, the Hudson was sold to John Carter of Berkshire in 1967 who had its taxation class altered to ‘Private’ and colour changed to ‘Red/Black’. Known to have belonged to Timothy Kermode of Maidenhead and Philip Kendall of Manchester thereafter, the five-seater has been in the current family ownership since 1991. Driven some thirty miles to our offices in June 2021 and starting readily for our photography session, ‘DPD 461’ appears to be basically sound. The paintwork is microblistered and the front seat needs locating properly but the car has a certain ‘oily rag’ charm to it. One half of the bonnet has been replaced as has the carburettor. Taken by the vendor and his late father to numerous shows over the past thirty years, the Hudson has been kept in running order throughout and has not long benefited from a minor brake overhaul.

PLEASE NOTE: The Registration Number of this lot is 'DPD 461' (and not 'DPD 361' as previously listed)