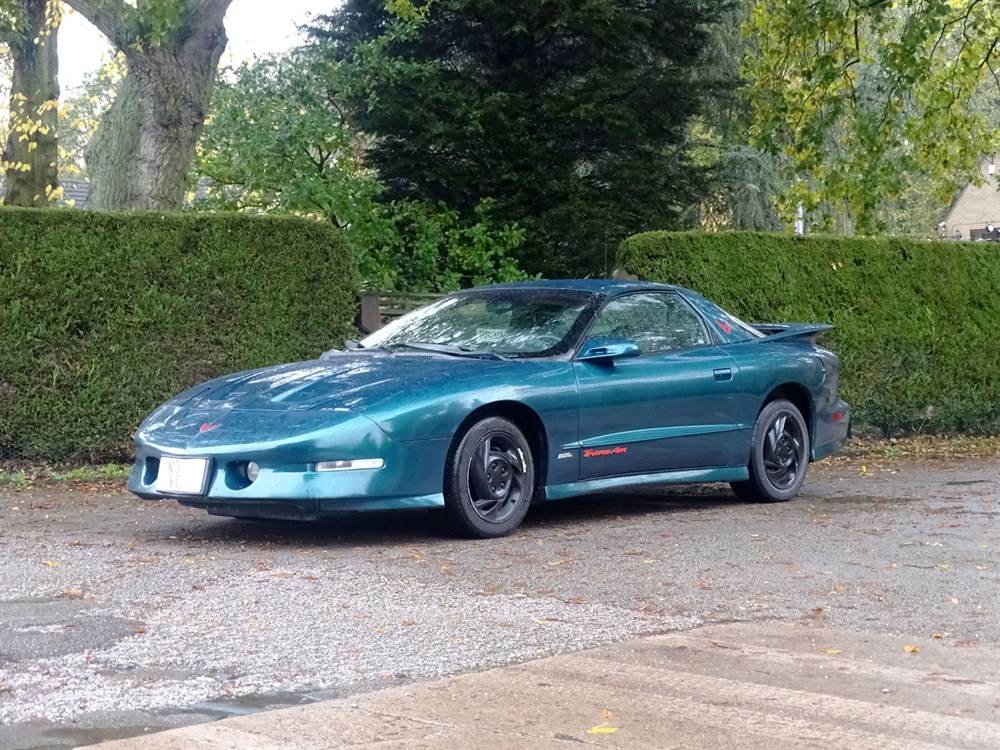 Introduced in 1993, the fourth-generation Firebird took various of its styling cues from Pontiac's 'Banshee IV' concept car. Faster, better handling and more aerodynamic than its predecessor, the newcomer benefited from the adoption of rack-and-pinion power steering, improved front suspension, four-wheel anti-lock disc brakes and several composite body panels. Shared with the C4 Corvette, the 5.7-litre LT1 V8 engine fitted to the range topping Trans Am model was credited with developing some 275bhp / 330lbft of torque; outputs sufficient for a claimed 0-60mph time of 6.2 seconds and a 155mph (limited) top speed. Of the 14,112 Pontiac Firebirds made for the 1993 model year 5,121 were Trans Am models.
Share this page: