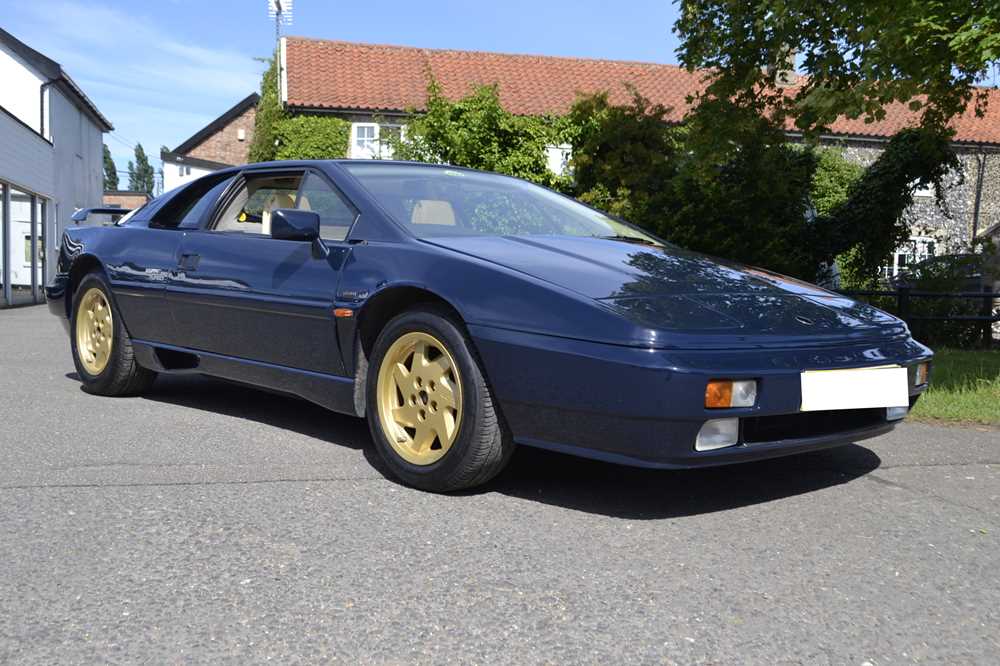 In 1987, the Esprit was restyled by British designer Peter Stevens. Stevens, who would later go on to design the McLaren F1, produced a less angular, more rounded Esprit. Giugiaro is said to have liked the new shape, claiming it was perhaps too close to his original design. The exterior changes were accompanied by a redesign of the interior that gave more space to the occupants. The revised Esprit was not given a new "Series" number but is often called by its project code of X180.

Panels for the body were produced using a new process called VARI (Vacuum Assisted Resin Injection). This method, which was patented by Lotus, offered advantages over the previous hand lay-up process. Kevlar reinforcement was added to the roof and sides for roll-over protection. This also increased the Esprit's torsional rigidity by 22%.

Manufactured in 1988 and presented in blue with contrasting gold wheels and cream interior, F227 JYJ is powered by a Lotus 2.2-litre ‘Chargecooler’ engine and features power windows, central locking, electric heated mirrors, removable glass roof panel, glass engine cover, factory air conditioning and more. Subject to a front brake upgrade and OZ Route wheels, the car was recently subject to a top end overhaul including replacement head and head gasket. Currently displaying 71,541 miles, it is accompanied by a service book including 8 stamps, a number of previous invoices totalling approximately £15,000 and a V5 document. The vendor now rates the condition of the interior trim as “good”, with the bodywork, engine, electrical equipment, paintwork and transmission being described as “very good”.