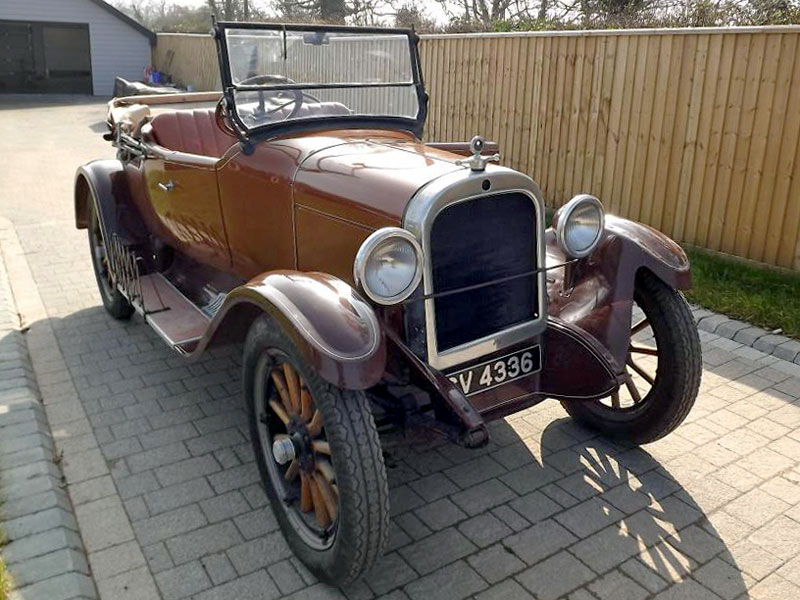 - One recorded UK owner and in storage from 2010, and reportedly recently serviced and "all operational"

This rare two-seater roadster version of a Dodge Brothers is believed to have been sold new in Australia, hence its right hand drive steering configuration. The vendor informs us that it was imported to England from Sydney, Australia, and first registered here in April 1993. Showing just one recorded UK keeper on the V5C, the car was acquired by our vendor from the recorded keeper in December 2015 and has shared heated garage space with a few other veteran and vintage cars since. Reportedly this is "one of the first cars to feature a 12 volt electrical system and starts on the button". Apparently the car was exhibited regularly at shows until 2010 when poor health meant it was stored until our vendor acquired it. We have been informed that since being brought out of storage the car has been serviced and is now "all operational". Described by the vendor as being in "good" to "very good" condition in regards to the bodywork, engine, electrical equipment, gearbox, and interior trim, with the paintwork being described as "average". The car still has its Sydney dealers badge on the dashboard and is supplied with a mechanics hand book.
Share: