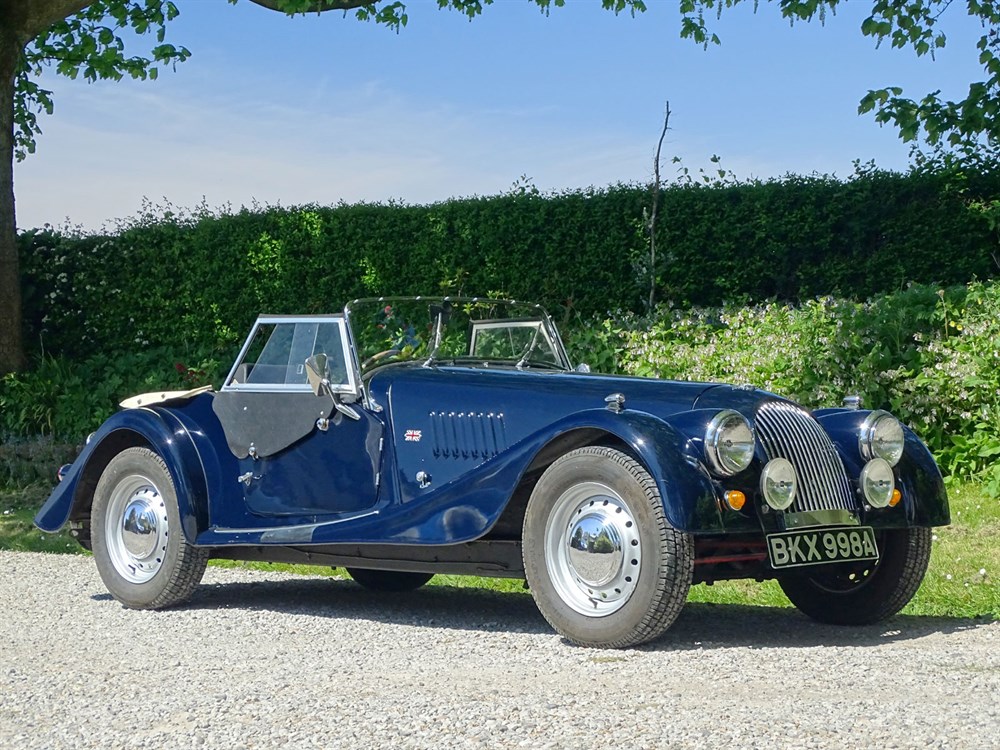 - Rebuilt on a new galvanized chassis

- Aeroquip hoses all round

- Unique modification to allow both sides of bonnet to be elevated

The history of Morgan's 4/4 model traces right back to the company's departure from its traditional 3-wheeler output in 1936. The 4-4 (and post WW2 4/4) designation simply meant four-wheel four-cylinder. Drivability was upped throughout the production by the use of increasingly powerful motors, most often supplied by Ford. The series II was introduced in 1955, and featured the most significant change for the future of the range - a change to the same chassis as the Plus 4 - meant the car's traditional values remained. Separate chassis construction, Morgan's famous sliding pillar independent front suspension (get the grease gun out!) and ash-frame clad with conventional panel pinned bodywork and cutaway doors provided an outlet for the buyer who did not trust newfangled steel coachwork and monocoque 'shells. After five separate series of the cars, the 4/4 was re-named the 4/4 1600 in 1968
Share: