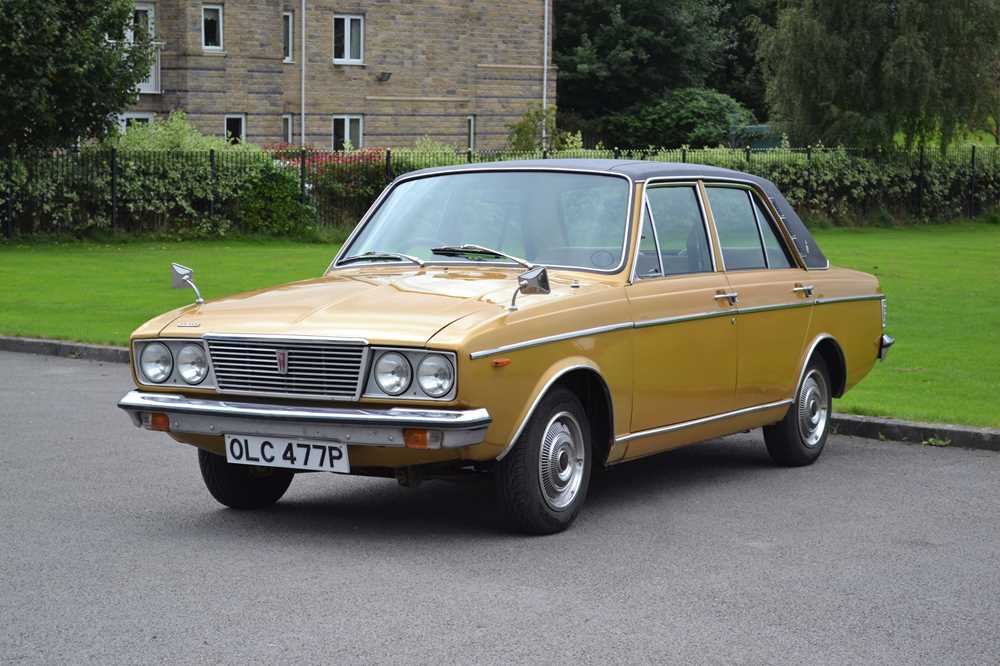 Arriving in 1963, the Sceptre was to be Humber’s last hurrah. Traditionally well-appointed, the Sceptre was initially based on the Super Minx from Hillman and intended to be a replacement for the Sunbeam Rapier, explaining the more modern and sportier design. The Mk III of 1967 formed part of the Rootes ‘Arrow’ range of motor cars and was one of the finest of the four models offered, with brightwork on the rear panel and wheel arches, a wood veneer dashboard and vinyl roof. Just under 44000 Mk III’s were produced before Chrysler purchased the Rootes Group and rebadged certain Hillman models in 1976.

This Mk.III Sceptre was manufactured in 1976 and was first registered in the United Kingdom on the 1st of June 1976. Fitted with the 1725cc straight-four engine mated to the four-speed manual gearbox with overdrive on third and fourth, the Humber is finished in Gold metallic with Light Brown velour interior upholstery and wood trim. ‘OLC 477P’ displays approximately 54,000 miles, which is thought genuine and has had only four owners from new, entering current ownership in 2016.

Benefitting from much recent improvement, the Humber has received a new vinyl roof; Spax adjustable shock absorbers and electronic ignition. Further provided with a reconditioned steering box by Holman Engineering in Surrey last year and re-lacquered door cappings and central console by PK Veneeering in Crewe. ‘OLC 477P’ is offered with a large history file that comprises the previous service history, a selection of invoices and a current V5C.