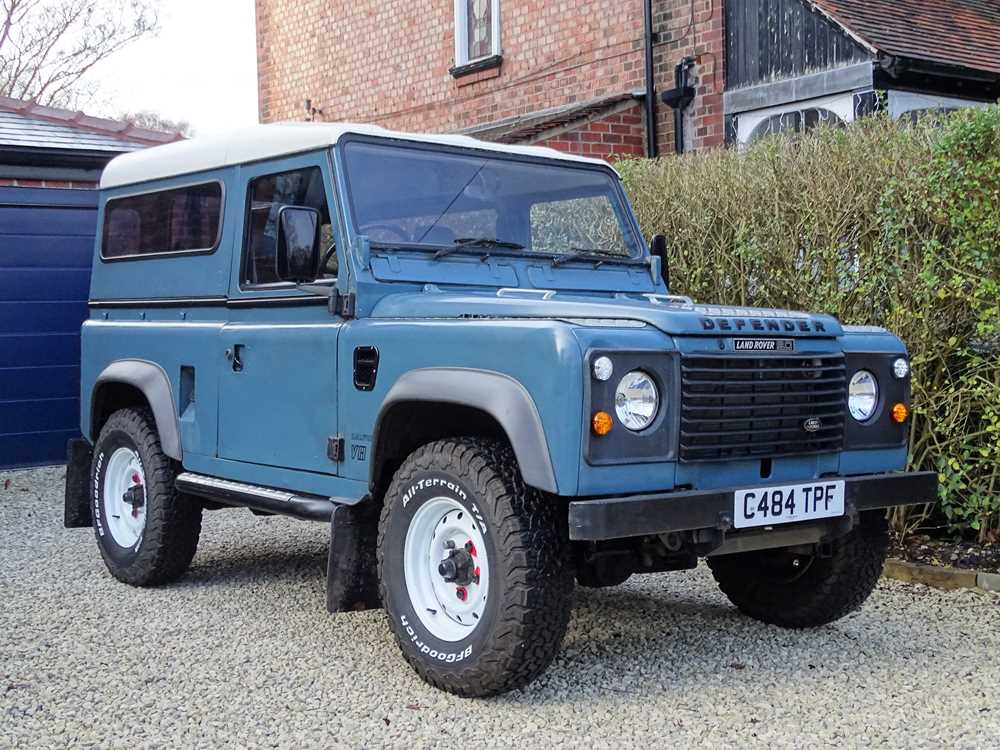 The last, separate chassis Defender rolled off Land Rover’s Solihull production line on 29th January 2016 bringing to an end a dynasty that had spanned some sixty-eight years and 2,016,933 vehicles. Amazingly, the website howmanyleft.com (which uses data from the DVLA) suggests the total number of surviving 3.5 litre V8-powered Ninety variants, such as ‘C484 TPF’, is only in the hundreds. Entering the current (fifth) ownership in August 2008, the Land Rover has been predominantly used to launch and retrieve the vendor’s boats in the Lake District. The accompanying file reportedly contains ‘full repair history paperwork since November 1998’ and shows that the short wheelbase 4x4 has covered 11,000 miles over the last twelve years.

Starting readily upon inspection and sounding wonderful thanks to its more sonorous exhaust system, ‘C484 TPF’ is only being offered for sale due to the arrival of new launch equipment and the vendor’s ownership of another V8-powered classic. Displaying some 89,600 miles to its odometer, this appealing Landie is MOT tested until November 2021.