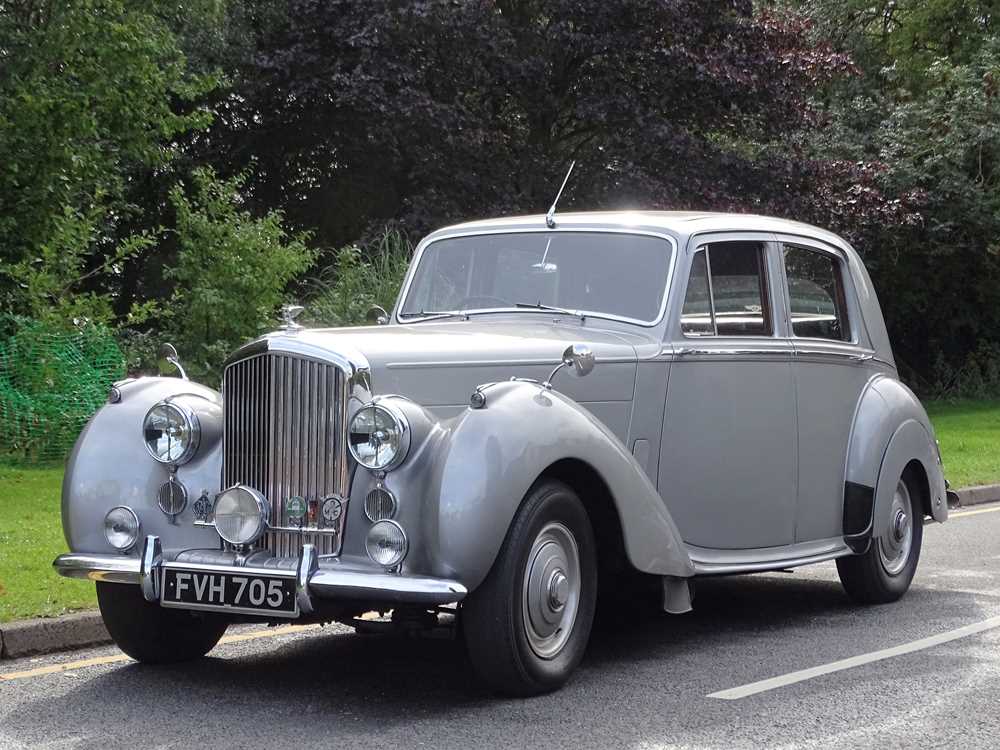 Supplied new via Rippon Bros to K.W. Howarth of Halifax, Yorkshire on March 31st 1952, chassis B177NY passed to Peter Cusick of Rockefeller Plaza, New York five years later. Relocating to the Isle of Man in May 1965 where it belonged to politician and businessman Edward Clifford Irving and Roy Hibbert, the Bentley finally returned to the mainland during 1986. Still finished in its original livery of Tudor Grey with Maroon leather upholstery when acquired by previous keeper Roger Deer, his nineteen-year custodianship (1988-2007) saw the MKVI restored not once but twice. The first refurbishment was entrusted to marque specialist Michael Hibberd in 1989-1990, while the second was carried out by Mike Morgan Motor Engineer during 2005-2006 and included a bare metal respray. Interestingly the same trimmer, Alan Wickenden, was used on both occasions. Not one to cut corners, Mr Deer insisted that the sunroof be fully operational and the rear window blind reinstated.

Well maintained as part of a private collection since being purchased by the vendor from renowned Rolls-Royce & Bentley dealer P&A Wood on May 8th 2007, ‘FVH 705’ has been enjoyed on a number of long distance tours. To this end, the Bentley now boasts a re-cored radiator, stainless steel exhaust, EZ electric power steering and a ‘Continental’ high ratio back axle (3.08:1). Pleasingly retaining its original engine (number B338N) and most of its small tools, chassis B177NY is among the nicer MKVIs we have encountered. Only offered for sale so that the vendor can have a more modern counterpoint to his 1920 Rolls-Royce 40/50hp Silver Ghost for RREC events, it is worthy of close inspection. The paintwork does carry a few minor imperfections but the overall appearance is very smart and the car behaved well during our recent photography session. Offered for sale with V5C Registration Document and history file.