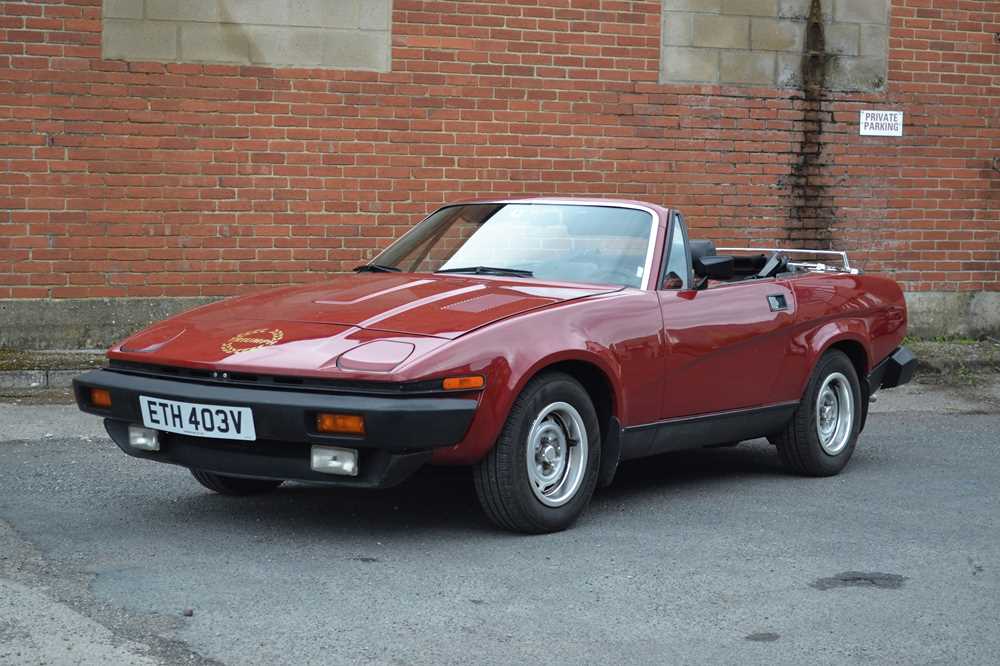 The Harris Mann-penned TR7 was a major departure from the original TR line, which had steadily evolved from the TR2 of 1953. Its overtly wedge-shaped monocoque body was initially only available in Coupe guise, the Convertible not being launched until 1980. Power came from a front-mounted 1998cc four-cylinder engine that was effectively an 8-valve version of the Dolomite Sprint unit. Its output was 105bhp - enough to accelerate the newcomer to 60mph in 9.6 seconds and on to around 112mph. Suspension was by MacPherson struts and coil springs at the front and a live axle and coil springs at the rear, while braking was by discs/drums and steering by rack and pinion. Much of the limited advertising money for the TR7 went towards promoting special edition models. First was the "30th Anniversary Edition" celebrating three decades of Triumph roadsters, a concept that commemorated the 1950 TRX prototype as the "first TR". This special had side stripes, chrome wheel trims, luggage rack, three-spoke alloy steering wheel, AM/FM stereo, coco floor mats and a special dash plaque. The package was advertised as a no cost option in various US periodicals in 1980.

This TR7 was manufactured in 1979 and was supplied new to California, America being dispatched on the 22nd of October 1979 according to the accompanying BMIHT Heritage Certificate. Fitted with the 1998cc straight-four engine and five-speed manual gearbox, the TR7 is finished in Carmine Red with Red and Black checked interior upholstery. While residing in America, ‘ETH 403V’ was under the ownership of just one individual until being purchased by the vendor and imported into the United Kingdom in 2017, remained in current ownership since. Having covered a mere 36,741 miles from new (at time of consignment), the Anniversary is accompanied to sale with the aforementioned BMIHT Heritage Certificate, sales brochure for the limited edition TR7 and a current V5C.