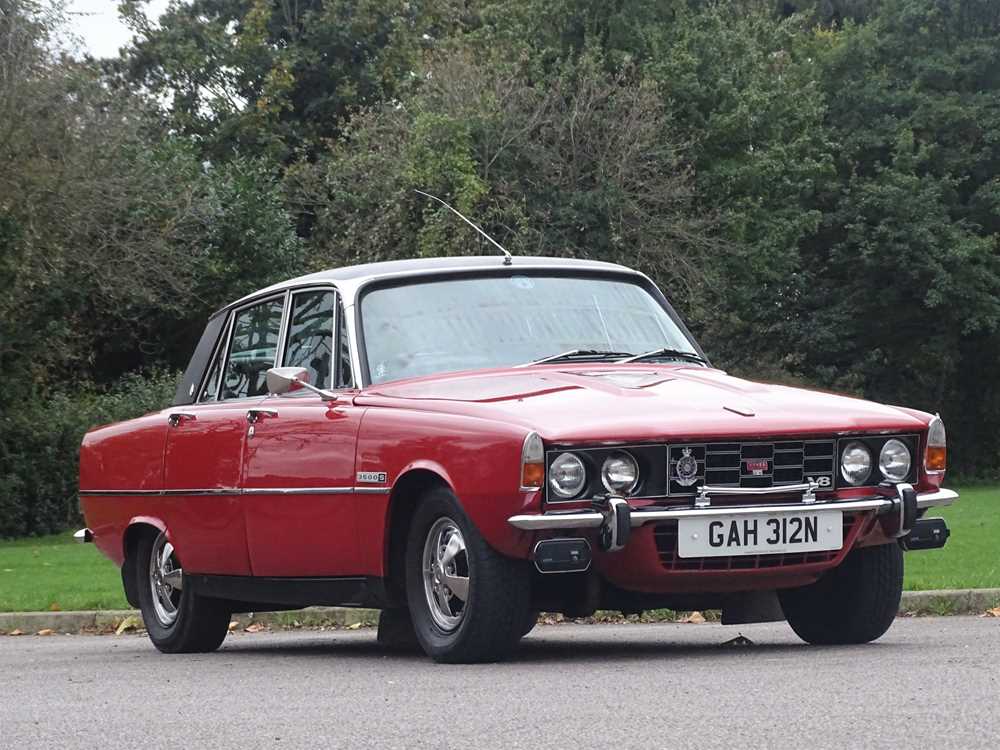 Introduced in 1963, the Rover P6 was a truly innovative design. Based around an unusual 'pontoon' chassis equipped with bolt-on panels, coil-sprung suspension (inboard at the front a la contemporary F1 cars) and servo-assisted disc brakes, it won the inaugural 'Car of the Year' award. Launched in 1971, the flagship 3500S model was powered by a 3528cc OHV V8 engine mated to four-speed manual transmission. Quoted as developing some 150bhp and 201lbft of torque, it was capable of 0-60mph in 9.2 seconds and 123mph. Sporting the same matt black grille and improved interior as its lesser post-1970 facelift siblings, it came with a vinyl roof and Rostyle type wheels as standard.

This striking example has covered just 54,560 miles from new and has been in the current ownership since 2011. Benefiting from a major service in 2018 which included changing all fluids and only 500 miles covered since. A new water pump was also fitted in 2019, it shows just 5 former keepers shown on V5c. The specification includes Sundym glass, box pleat leather seats, rear mounted spare and PAS whilst the car is offered with the original service book, owner’s handbook, collection of invoices and old MOT certificates back to 1995. Finished in Red with black leather, the vendor currently rates the bodywork, paintwork, interior, engine and transmission as “very good”.