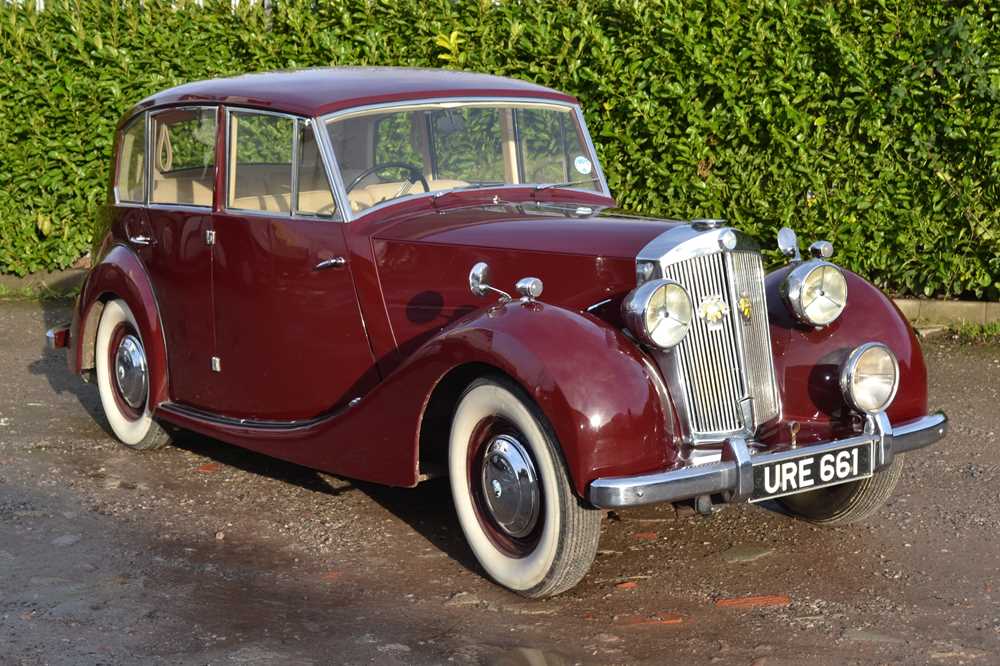 First registered by Staffordshire Council on 5th September 1950 (or so its ‘URE 661’ number plate would imply), this rare surviving Renown MK1 belonged to John Lowe of the same county some fifty-four years later. A member of the Triumph Razoredge Owners Club, he made good use of their spares cache. Entrusted to Moorland Classic Cars of Stoke-on-Trent for attention to its cylinder head (including conversion to unleaded fuel), steering box, radiator, dynamo and braking system during 2004-2005, the saloon was subsequently treated to a rejuvenated starter motor (2010), engine overhaul (pistons, liners, bearings, water / oil pumps etc, 2012), new clutch (2012), fresh synchro sleeves (2012) and replacement wheel cylinders (2014).

Forming part of the Scotia Executive Cars Chauffeur Wedding Day and Corporate Hire fleet from 2015 – 2019, the Triumph was maintained accordingly with a variety of new gaskets and hoses being fitted as well as a new temperature gauge and thermostat etc. The subject of another cylinder head refurbishment during 2016, ‘URE 661’ entered the current ownership three years later for the princely sum of £9,000. Offered for sale due to a change of plans, this handsome Renown MK1 has seen little use over the past twelve months and would thus benefit from recommissioning.