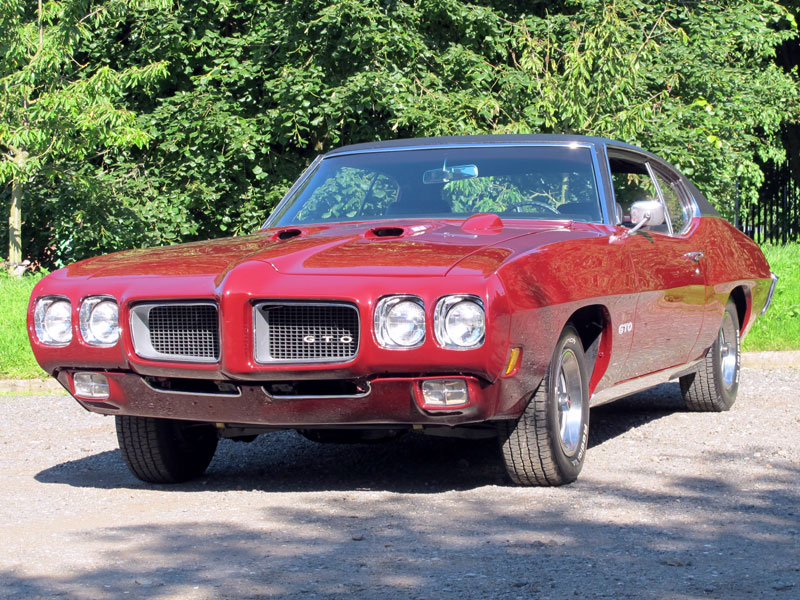 The original much vaunted series of GTOs reigned from 1964 to 1974 and were classic muscle cars of the period. Forced to adhere to the US manufacturers' voluntary ban on factory-sponsored racing, GM had turned its attention to optimising the performance of its road cars, in order to maintain the interest of the young American enthusiast. The GTO was essentially the brainchild of three men - engine specialist Russell Gee, chassis engineer Bill Collins and chief engineer John DeLorean; who later achieved fame for the car bearing his name and cheating the British tax payer of millions of pounds. The GTO was DeLorean's clever idea, but one strongly resented by Ferrari enthusiasts.

The car's history file includes a range of restoration photos (engine out, shell in primer etc) and, as offered, the GTO is resplendent in Burgundy teamed with a Black Cordova top and Black upholstery. The current specification includes: a Hurst shifter and Rally II wheels shod with BFGoodrich radial T/A tyres. Now UK registered as 'CAU 543H', the car is being sold complete with a copy of the original order card and MOT valid until June 5th 2013. The odometer currently registers an unwarranted 74,886 miles.