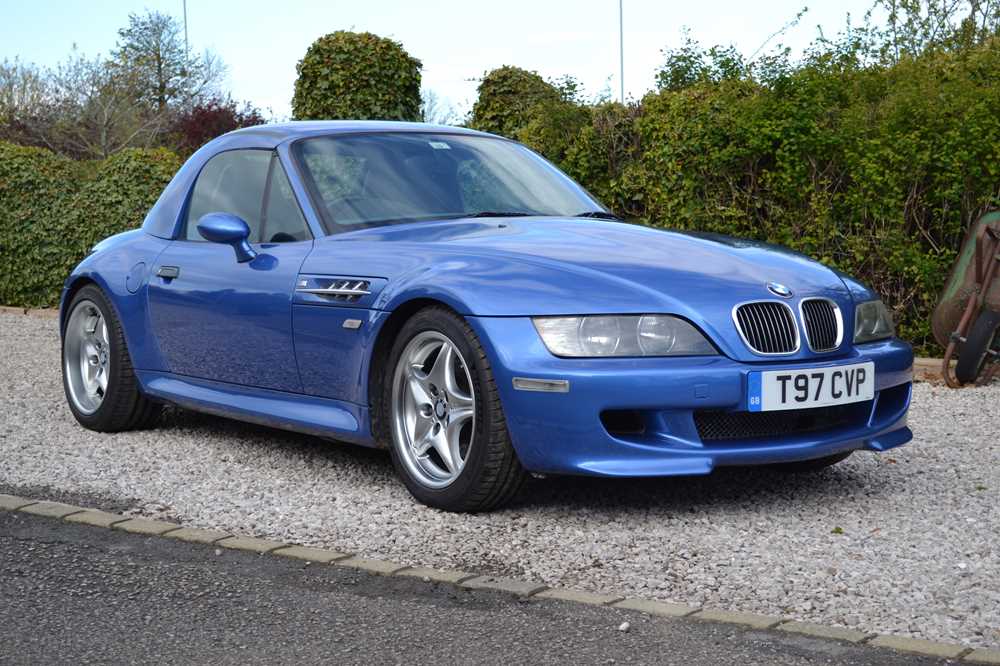 By shoehorning the drivetrain of the four-seater M3 (E36) coupe into the bodyshell of the two-seater Z3 Roadster, BMW effectively created a factory ‘hot rod’. Boasting a wider track, lower ride height, stiffer springs/shock absorbers, and thicker anti-roll bars than its lesser siblings, the M Roadster also featured a limited-slip differential, reinforced subframe, and vented disc brakes. Powered by a 3.2 litre DOHC straight-six engine allied to ZF five-speed manual transmission, the svelte BMW had some 317bhp and 258lbft of torque on tap and was reputedly capable of 0-60mph in 5.3 seconds and 155mph (limited). Later versions, from February 2001 onwards, came with the marginally more powerful S54 engine plus Dynamic Stability Control (though, some drivers preferred the rawer, more analogue feel of the early cars). Of the 15,322 Z3M Roadsters made between September 1996 and May 2002, just 991 were to RHD specification.

This Z3M Roadster was manufactured in 1999 and was registered new in the United Kingdom on the 29th of June 1999 being supplied new on the 30th of June by Rydale Central BMW. Fitted with the 3201cc straight-six DOHC engine with a five-speed manual transmission. The BMW is finished in Estoril blue metallic paintwork with matching Estoril blue and black interior upholstery, the Z3M is further provided with a black tonneau cover and a light grey fitted car cover. ‘T97 CVP’ has covered a total of 87,188 miles from new (at time of consignment) and has only six former keepers. Well specified from new, the specification includes a factory hardtop (complete with heated rear screen and original storage cover); heated seats; electrically operated windows and mirrors; air conditioning and a six-CD changer.

Entering into current ownership in 2013, the BMW has been subject to much work while in the vendor's custodianship to the cost of over £11,000, c.£7,800 of which has been spent with South Lakes BMW of Grange-over-Sands. This work has included new tyres and M3 brake pads (2021); seat refurbishment (2020); respray (2019); wheel refurbishment and a new rear hood screen (2017); new auxiliary water pump (2015); new gearbox, AC drive belt and fan belt (2014). The Z3M Roadster is offered with a large history file which comprises the original book pack (with owners handbook, supplementary handbook and service manual), a large collection of invoices and past MOT certificates and stamped service book. The service book displays seventeen stamps (including the pre-delivery inspection) of which eleven are main dealers and a further one from a BMW specialist. Most recently serviced at Bowker BMW in March 2021 with a mileage of 86,094 miles. Accompanied by a current V5C and a quantity of spares.