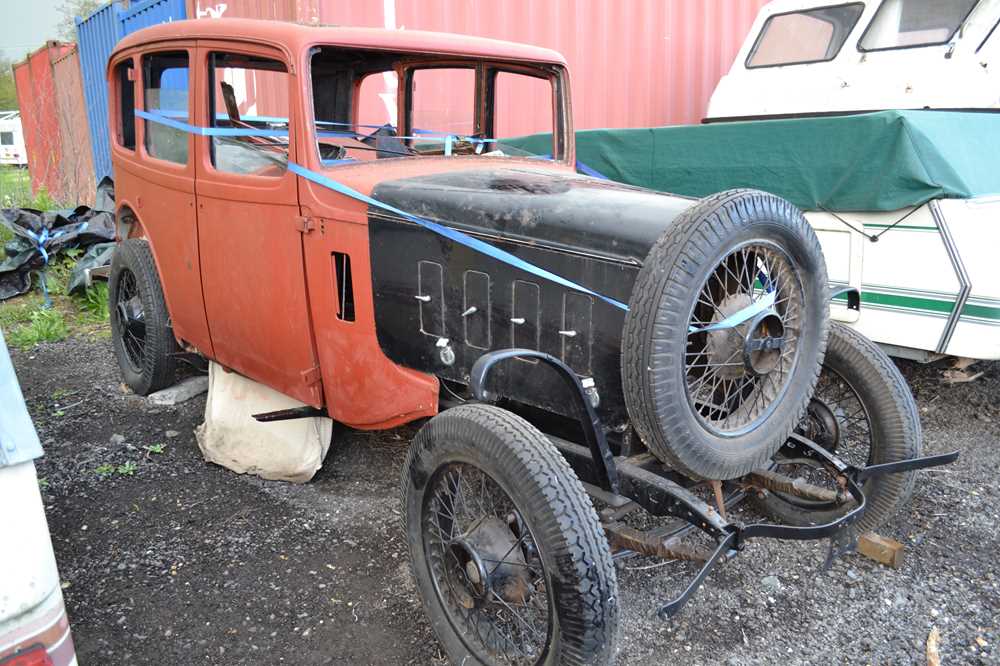 Among British car makers in the early 1930s, there was a vogue for small capacity six-cylinder engines and the Twelve-Six was Austin's version. The side-valve engine was new and initially of 1496 cc capacity. Thermostatic control of the cooling system was added in September 1932, and increased 65.5mm bore, a larger capacity 1711cc option was available at no extra charge from August 1933. A three-speed gearbox was supplied at first but a new four-speed Twin-Top version was an option from 1932 and became standard in 1933. A new synchromesh gearbox was announced in August 1933 along with the availability of the large 1711cc engine to go with new chassis and bodywork. The ‘Light’ Twelve-Six remained in production until 1936.

This 12/6 Saloon was manufactured in 1936 and is fitted with the larger 1711cc straight-six engine mated to the four-speed manual gearbox. Originally finished in black, the Austin is offered as a stalled restoration project which was started by the vendor’s late father. Subject to much work already being completed including chassis renovation before powder-coating, body restoration and an engine overhaul, although the length of time since overhaul means the engine may require further fettling. Understood to be mostly complete (a water pump bracket is known to be missing). A rewarding project in need of finishing with much of the hard work completed. Offered with a V5C.