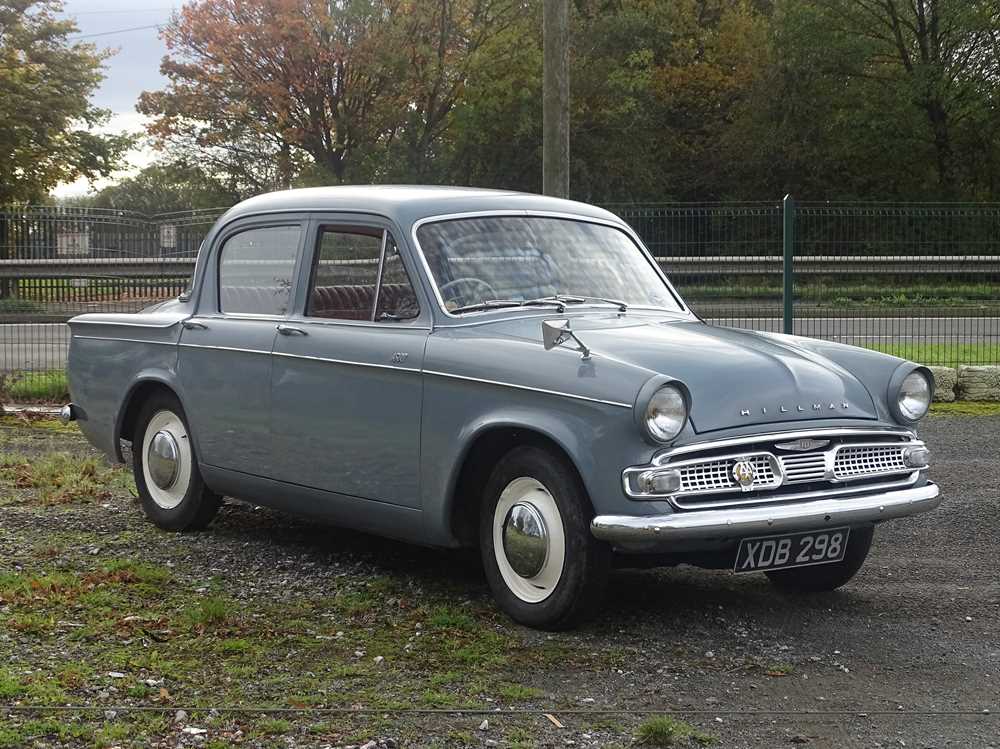 The Audax body of the long-running Minx was designed by the Rootes Group, albeit with assistance from the Raymond Loewy design organisation, who had previously penned the Studebaker coupés in 1953. Launched in May 1956, the car was provided annual face-lifts with succeeding series numbers, replacing the mark number scheme used on the previous Minxes. The Series I (introduced in 1956), was superseded by the Series II in 1957, the III in 1958, the IIIA in 1959, the Series IIIB in 1960, the Series IIIC in 1961, the Series V in 1963 and the Series VI in 1965 (although there was no Series IV). Over the years the engine was increased in capacity from 1390 cc (in the Series I and II) to 1725 cc in the Series VI.

Manufactured in 1963, is finished in the colour combination of Grey with Red interior upholstery and is powered by the 1592cc straight-four engine mated to the four-speed manual gearbox. With a recorded mileage of just shy of 70,000 miles, ‘XBD 298’ entered into current ownership in 2018 and is showing just two former keepers on HPI. Offered with a V5C document.