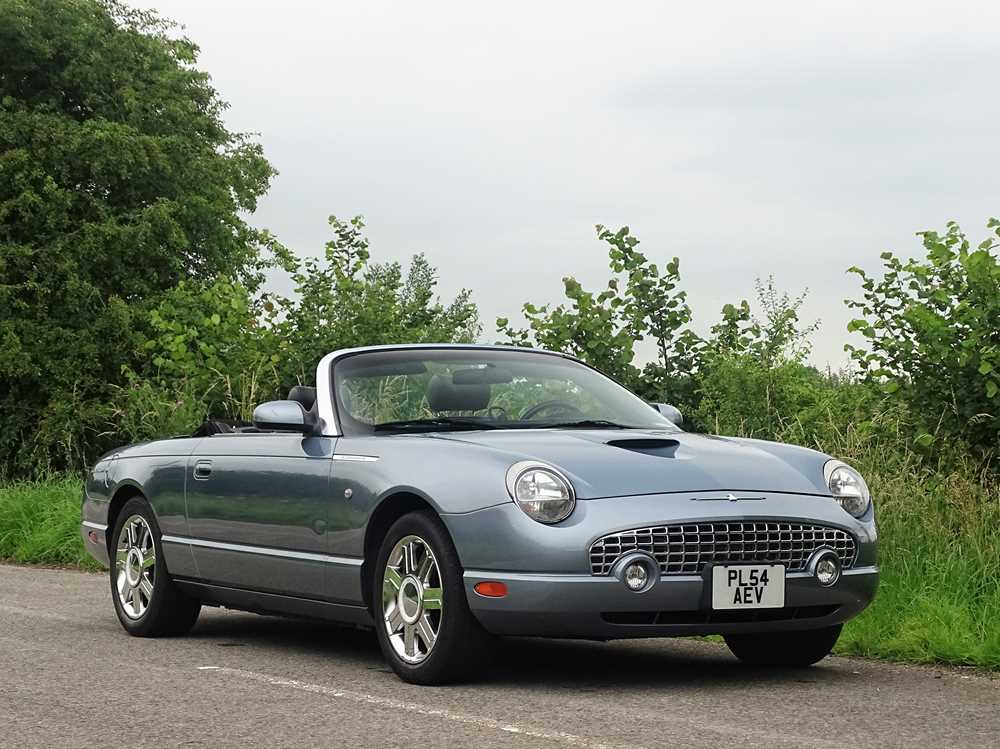 Refused a MOT certificate when submitted for testing on 6th March 2020 at 29,121 miles, the following faults were noted: Driver’s seat backrest cannot be secured in the upright position, incorrect coloured rear indicator lenses (never previously a failure point), passenger’s seat backrest cannot be secured in the upright position, leaking offside rear shock absorber, slight play to the offside rear upper anti-roll bar linkage ball joint, slightly perishing tyres (x4) and eight suspension component dust covers which are no longer preventing the ingress of dirt. The engine passed the emissions part of the test and started readily during our recent photography session. The T-Bird has amassed some minor dents and scratches over the years and the plastic chrome to its windscreen surround has started to bubble due to oxidation underneath. There is some wear to the driver’s seat squab and the convertible hood is in working order. The generous specification encompasses cruise control, traction control, electric windows, air-conditioning, power seats and power mirrors etc. Offered for sale with UK V5C Registration Document, book pack, sundry invoices, MOT history and the original stereo unit should a new owner wish to reinstate it.

Overseen by Ford’s Vice President of Design, Jack Telnack and previewed in prototype guise at the 1999 North American Auto Show, the eleventh generation Ford Thunderbird was awash with self-consciously retro styling cues. Based on the same Ford DEW98 rear-wheel drive platform as the Jaguar S-Type and Lincoln LS, the newcomer was equipped with all-round independent suspension, four-wheel disc brakes and power steering. Envisaged as more of a cruiser than a sports car, the T-Bird was powered by a 3.9 litre DOHC V8 engine allied to five-speed automatic transmission. Early versions boasted 252bhp and 267lbft of torque. However, the introduction of a revised AJ-35 unit complete with variable valve timing in 2003 saw outputs increase to 280bhp and 286lbft of torque. Performance improved too with Car and Driver magazine finding one capable of 0-60mph in 6.5 seconds and over 150mph. Despite starring in the 2003 James Bond film ‘Die Another Day’, the eleventh generation Thunderbird achieved just 68,098 sales over four years of production. Needless to say they remain a rare sight on UK roads.