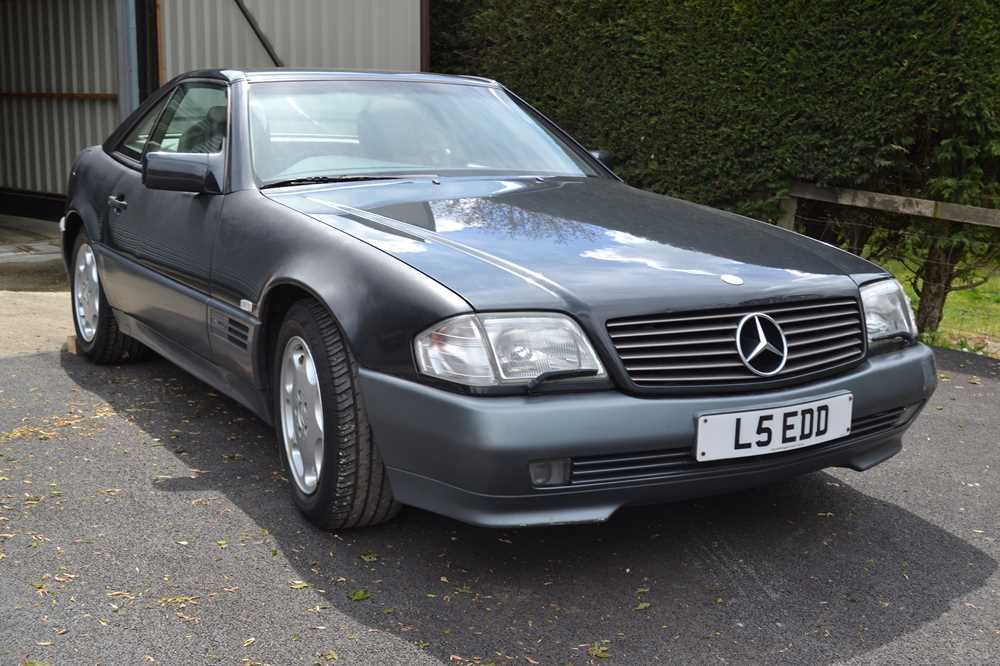 The fourth-generation (R129 Series) of Mercedes-Benz's iconic SL models was launched at the Geneva Motorshow of 1989. It was a beautifully engineered motorcar that bristled with technical refinement and innovative safety features. The specification included independent suspension all-round (double wishbone at the front and a five-link system at the rear), adaptive damping, ventilated disc brakes with ABS, electronic stability control, integral roll-over bar and front airbags. Introduced in Autumn 1993, the SL280 was powered by a 2.8 litre DOHC straight-six engine that developed some 190bhp and 199lbft of torque. Equipped with five-speed automatic transmission as standard, the Roadster was reputedly capable of 0-60mph in 9.6 seconds and 140mph as well as being notably more fuel-efficient than its V8 brethren.

This SL280 was manufactured in 1993 and was registered new in the United Kingdom on the 29th of October 1993 and supplied new by Mercedes-Benz Normand, Park Lane, Mayfair. Fitted with the 2799cc straight-six DOHC engine with a five-speed automatic transmission. The Mercedes-Benz is finished in black over grey paintwork with beige leather interior upholstery. ‘L5 EDD’ has covered a total of 55,711 miles from new (at time of consignment) with the Mercedes-Benz entering into current ownership in 2006 and having only four former keepers from new.

This Sport Service Lorinser model is offered as a non-runner and entered into storage in such condition, staying in dry storage for the last five years approximately. Offered with a hard-top that displays ‘L5 EDD’ etched into the glass, the SL280 also has its book pack comprising Owners Manual; UK Dealer Map; Touring Guarantee booklet; UK Sales/Service book and stamped Service Book in the original wallet. The service book illustrates five stamps, all from Mercedes-Benz Normand (Mayfair). Also accompanied by a few past invoices, the vendor cannot currently locate the V5C, and therefore the Mercedes-Benz is offered without V5C document and the purchaser will be required to apply for a new one.

PLEASE NOTE: The purchaser will need to apply for a new V5C document.