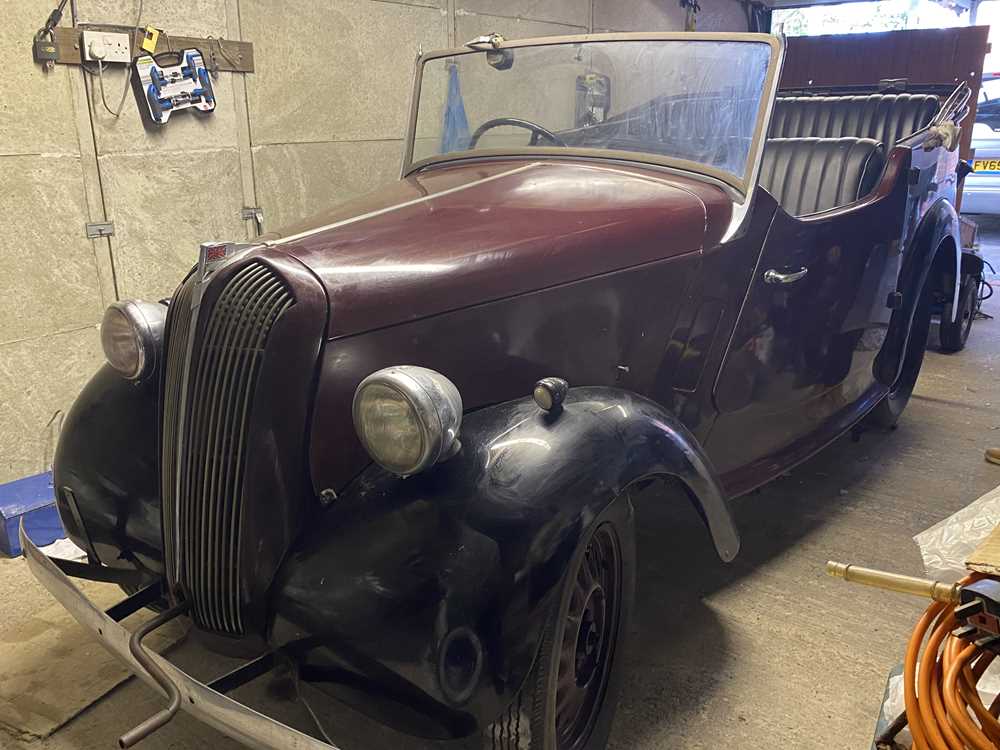 The Standard Flying 8 (known simply as the Standard 8 after World War II) was a significant car for the Standard Motor Company as the name ran from the pre-war years right through to the introduction of the Triumph Mayflower and then the Herald, as the Standard brand name was phased out. Notable in having an aluminium cylinder to its 28 bhp engine, the 8 was pitched squarely against competition from the Morris Eight and Austin 8. The tourers were more sprightly than the saloon versions.

This charismatic little thirties-designed, four-seat Tourer was manufactured in 1946 and is understood to have been exported from new to the right-hand-drive market of Australia and bodied there. Fitted with the straight-four engine mated a manual transmission, the Standard is finished in Maroon and Black paintwork with Black interior upholstery. Offered to market from a deceased estate as a stalled restoration project which has had much work completed on it already, although has been untouched for the last year. Accompanied by a Dating Certificate from ‘The Society of Automotive Historians in Britain’ who are recognised by the DVLA for vehicle dating purposes.

PLEASE NOTE: Understood to be a rolling chassis manufactured for export before being repatriated as a complete car later in its life