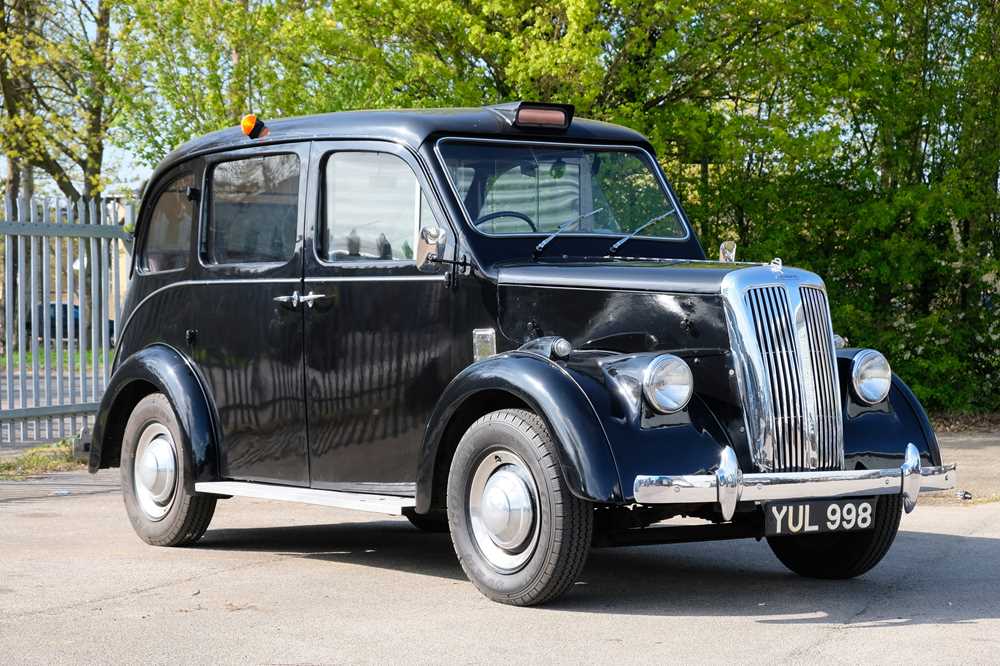 Beardmore Motors produced a range of machinery, including ships, locomotives, Sopwith Camels, motorcycles and some fine motorcars. Today they are best remembered for their iconic London Taxicabs, which were considered the "Rolls Royce of Taxis". The design of London Taxis, because of the high regulations in place which mandated that all of the vehicles had to conform to a basic type, became the same sort of icon of Britishness as the Routemaster Double Decker bus.

The MkVII was the final and most advanced incarnation of the Beardmore taxi. It had a reliable Ford Consul drive-train and an aluminum body by the distinguished coachbuilder Windovers. The fenders were of fiberglass for durability and the design of the machine was for reliability and easy serviceability. The custom for the period was that after five years of service the Beardmore was fully rebuilt from the ground up and after 10 years it was retired, with there being only approximately 700 Beardmore MK7’s that serviced the roads of London.

YUL 998 is presented in the traditional black with brown leather interior, and served a varied life as a taxi in London, Essex, Kent, Newcastle-under-Lyme and Devon. The vehicle was reputedly restored by Howard Godsland of Peterborough during the mid-2000s and comes accompanied with a number of documents including the original logbook.