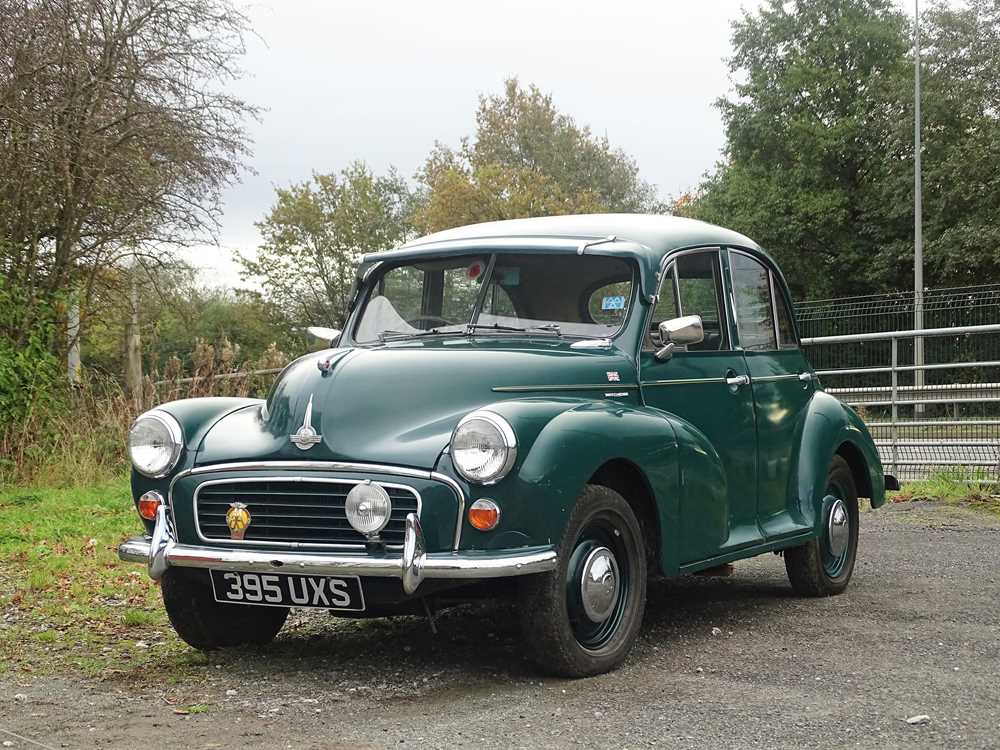 Though everyone remembers Alec Issigonis as the creator of the Mini, his first masterpiece was the Morris Minor, an advanced design when it appeared in 1948. As well as rack-and-pinion steering and independent front suspension, conferring excellent handling and road holding, the saloon was planned to be powered by an all-new flat-four engine, though to Issigonis's chagrin it appeared with Morris' old 918cc sidevalve unit. Things took a turn for the better when the car received the new 803cc A-series engine in 1952, before the 948cc version appeared in 1956, creating the classic Morris Thousand. Though the original low lights were moved up into the wings in 1951, the original split screen remained until 1956 - and these are considered by many to be one of the most collectible Minors of the almost 1.6 million produced by the time production ended in 1971.

Manufactured in 1956, this final year of production ‘Split-Screen’ is finished in the colour combination of Green with matching Green interior upholstery. Originally powered by the 803cc engine, the Minor is now fitted with a 1098cc straight-four engine which has been overhauled and prepared for use with unleaded fuel and is mated to the four-speed manual gearbox. With a recorded mileage of 56,436 miles (atoc), ‘395 UXS’ is showing eight former keepers on HPI. Said to have a pleasingly ‘original interior’, the ‘Moggie’ retains its original functioning trafficators and benefits from an electric fuel pump. Offered with a history file that comprises a collection of previous MOTs and invoices, workshop and operation manuals and a V5C document.