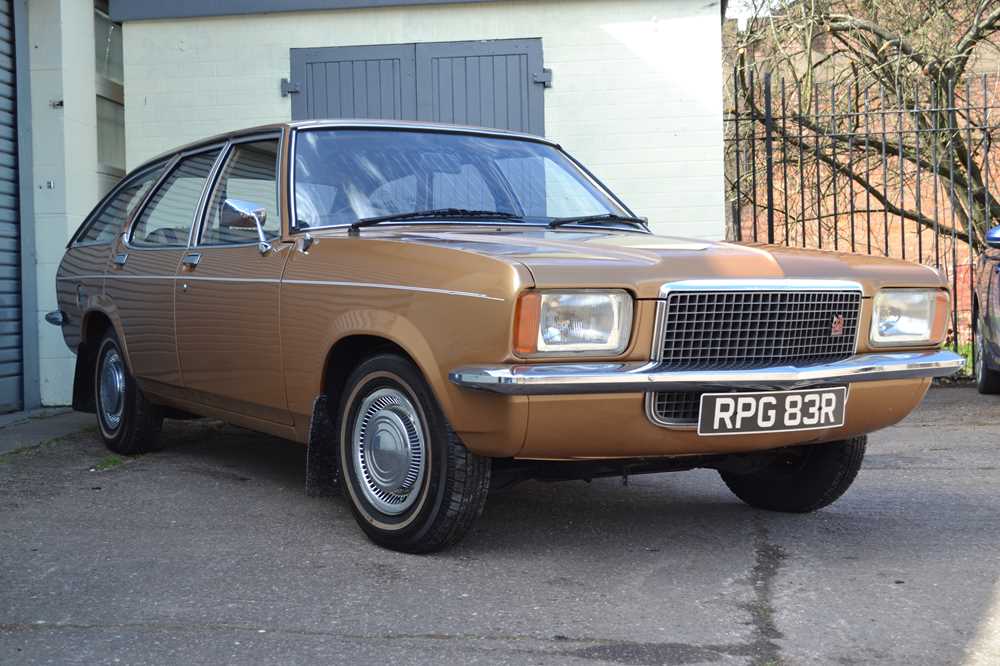 The last of the Victor series was launched in March 1972, named the FE and in production until 1976. "New Victor - The transcontinentals" was used broadly as a marketing slogan. The car appeared substantially larger than its predecessor, but was actually no wider and only 2 inches longer with most of the extra length accounted for by larger bumpers. Nevertheless, a higher cabin and improved packaging enabled the manufacturer to boast of 1.5 inches additional leg room in the front and no less than 4 inches more leg room in the rear, with virtually no loss of boot capacity. The Victor Deluxes originally had a bench seat in front; this was replaced with bucket seats for 1973 and the parking brake was moved to its conventional position on the floor between them.

This Victor estate was manufactured in 1977, being first UK registered on the 29th of March 1977. Finished in Sandalwood gold with complimentary beige interior upholstery and carpets, the Victor is fitted with period wheel trims with white-wall tyres. ‘RPG 83R’ uses the 1.8-litre straight-four overhead cam engine mated to a three-speed automatic transmission. Benefitting from many new parts in 2019 including stainless steel exhaust, new distributor, new timing belt, an interior refresh and an unleaded cylinder head conversion, the Vauxhall is also supplied with a quantity of past invoices and current V5C.