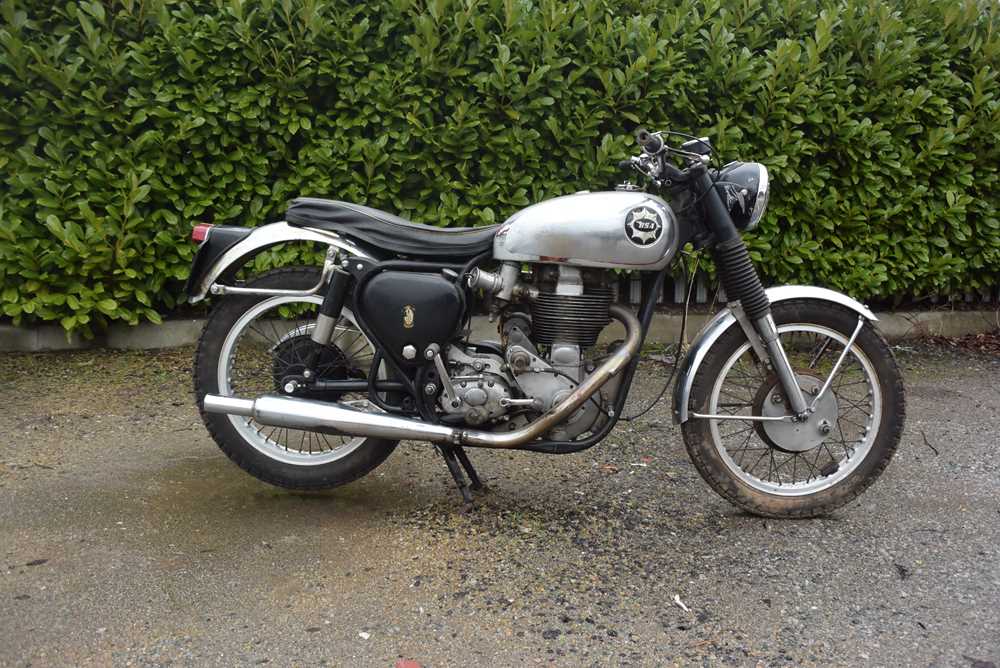 The Birmingham Small Arms factory was established in the Small Heath area of Birmingham 1861 and as the name suggests manufactured weapons. Around the turn of the century they started making bicycles and progressed onto motorcycles a few years later. BSA went on to be one of the world's largest producers of motorcycles up until its demise in the early 1970s. Probably the most sought after models produced by BSA are the Gold Star range of 350 and 500cc singles and the rare Rocket Gold Star 650cc twin of the late 50s early 60s.

This DBD34 has been part of an enthusiast's private collection of mainly BSAs since 1960 and was his daily go to work bike until the mid '60s. The original buff log book shows the bike as being supplied by E Bowers of Chapel-en-le-Frith and having 2 owners in its first 18 months before being bought by the vendor in September 1960 as only its the third owner. The Gold Star Owners Club has confirmed it is a matching numbers bike still sporting a RRT2 gearbox, Amal GP carb and Dunlop alloy rims. The 120mph speedo is still fitted but the tachometer has gone missing over the years, although the drive is still in place. There cannot be many original unrestored 'Goldies' about, especially one that has only had three owners, so this bike presents an exciting restoration project. It comes with its original buff log book showing registration number '276 SRA' but unfortunately was never put on the computer so will need re-registering before use.

A careful look at the engine number looks like there is the shadow of a 5 hiding under the first 4, possibly a mistake at the factory corrected at the time. Pictures of the stampings have been looked at by the GSOC and their reply is quoted below

The engine number stamping looks like a BSA one to me.'