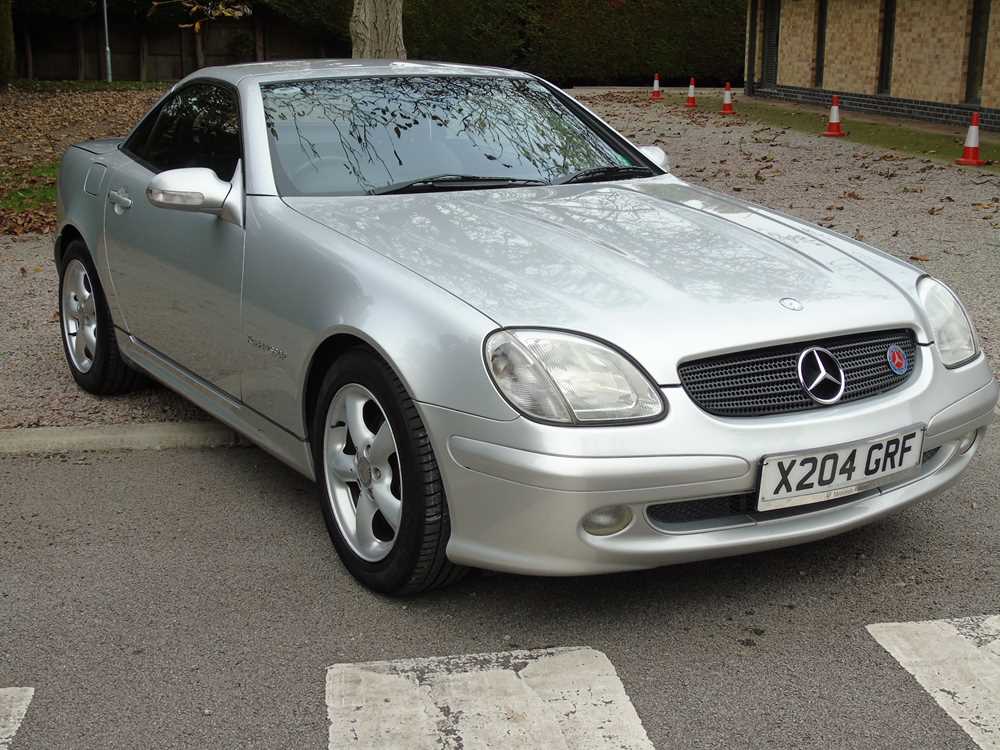 At the start of the 1990s, after the introduction of their two-seat grand-tourer, the R129 SL, the launch of the Mazda MX-5 encouraged Mercedes-Benz set out to create a new compact roadster, slotted below the SL. By late 1991, under Bruno Sacco, the first design sketches were drawn, with scale models being built in the first half of 1992. Massively successful in its first year, worldwide sales hit 55,000, over double the entire nine-year production of 190 SLs and between 1996 and 2004, over 311,000 SLKs were sold. The roof design consists of a folding steel hardtop with both halves linked by a mechanism which is locked securely when the roof is closed. At the touch of a button on the centre console, a hydraulic system controls the fully automatic folding process in which the boot lid is also integrated.

This face-life model was manufactured in 2001 and was first registered in the United Kingdom on the 16th of January that year. Fitted with the 2295cc straight-four engine with five-speed automatic transmission, the Elegance is finished in Silver with Black leather interior upholstery. ‘X204 GRF’ has covered only 58,239 miles (at time of consignment) and has had just five former keepers from new, with the Mercedes-Benz entering into current ownership in 2018. Offered with Mercedes-Benz main dealer and specialist service history, the SLK 230 is understood to have passed every MOT without a single advisory (supported by its MOT history). Complete with the Mercedes-Benz wind-deflector, tool kit, tyre inflator, first aid kit and warning triangle, it is further accompanied by the original book pack.