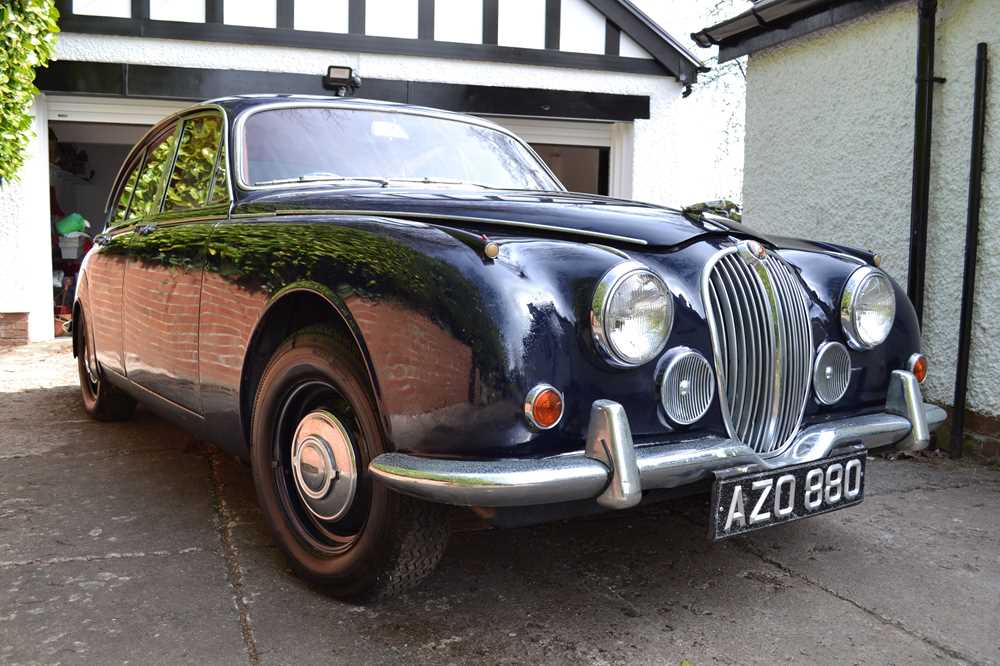 In the Autumn of 1967, the MkII range - less the discontinued 3.8 - morphed into the interim 240 and 340 models intended to bridge the gap before the launch of the XJ6 in September 1968. The 240 continued as a budget model until April 1969; its price of £1364 being only £20 more expensive than the first 2.4 in 1956. Output was increased from 120 bhp at 5,750 rpm to 133 bhp at 5,500 rpm and torque was increased. There was a slight reshaping of the rear body and slimmer bumpers with over-riders were fitted. The economies of the new models included the replacement of leather upholstery with Ambla and tufted carpet on the floor.

This Jaguar 240 was manufactured in 1968 and was registered new in Ireland on the 14th of June 1968 to a Mr. David Pigot of Brennanstown. Fitted with the 2483cc straight-six engine and manual gearbox. The Jaguar was originally finished in green, before being subject to a colour change to the current blue, the 240 has red interior upholstery. Having only five owners from new, two from the current family ownership which the Jaguar entered in 1985, the 240 was then provided with a comprehensive restoration by Kilcoole Auto Body. Thought to have last been running in approximately 2003, the Jaguar is offered as a non-running project. Offered with history file which comprises the combined Operating, Maintenance and Service Handbook; maintenance chart; manufacturers warranty booklet; home distributors and dealers guide; a large collection of invoices; a past tax disc and the Irish logbook.