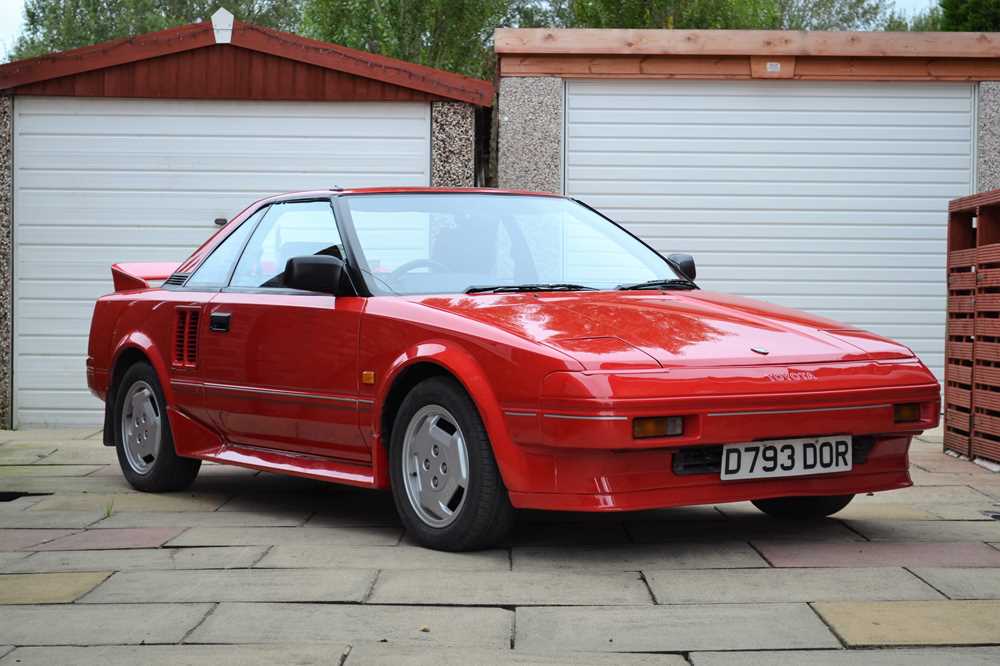 This Mk1 MR2 was manufactured in 1986 and was supplied new to the UK being first registered on the 1st of August that year. Fitted with the 1587cc four-cylinder engine mated the five-speed manual transmission, the Toyota is finished in Red paintwork with cloth interior upholstery. Having just five former keepers, the Toyota has a recorded mileage of just 79,146 miles (at time of consignment). Benefitting from a new timing belt at 70,226 miles, the MR2 is offered with an MOT certificate until July 2022 with no advisories and a current V5C.