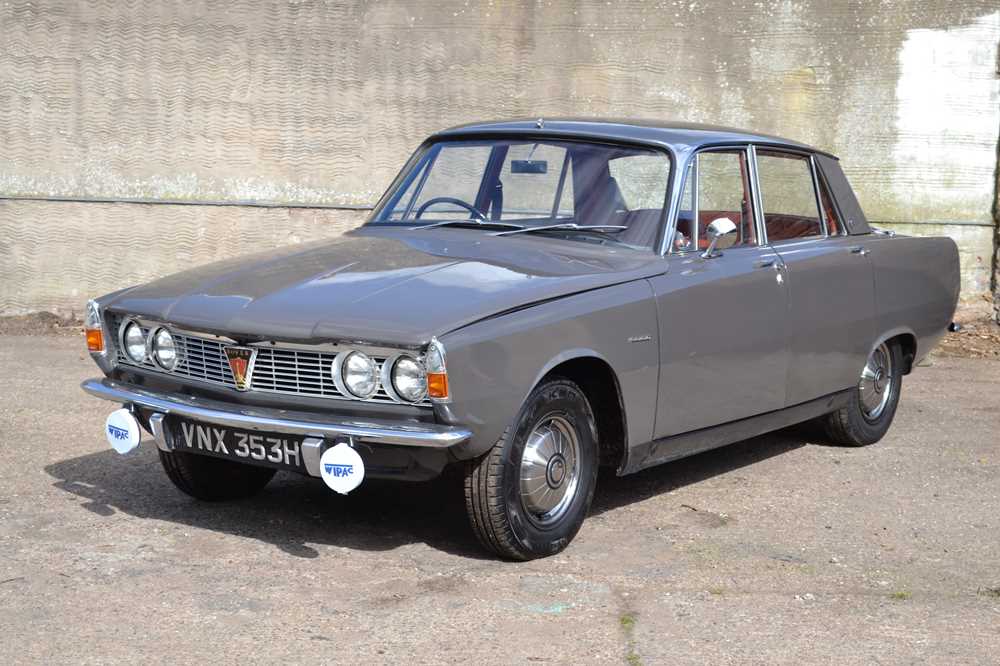 Introduced in 1963, the 2000 was the sixth and last of the P-Series Rovers which began with the pre-WW2 Twelve. Designed in-house by Spen King, David Bache and Gordon Bashford it bristled with innovation and was quite rightly the winner of the first-ever European Car of the Year Award. Its monocoque shell featured bolt-on panels for ease of repair. Braking was through discs all-round and the steering by Marles worm and roller. The fully-independent suspension comprised a novel de Dion arrangement at the rear and an equally unique rocker system operating horizontally-mounted coil springs at the front. The intention behind the latter was to create an engine compartment wide enough to accommodate Rover's gas turbine unit, though this was never ultimately fitted to production vehicles. Indeed, the car was initially powered by a 1978 cc (hence the 2000 name) OHC in-line four-cylinder unit, memorable for having its combustion chambers in the piston crowns rather than the cylinder head. The maximum output was 90bhp at 5,000rpm. Some 322,302 P6 Rovers of varying engine capacity were produced before the model was superseded by the SD1 in 1977.

This P6 2000 was manufactured in 1969 and was first registered on the 12th of August 1969, being fitted with the 1978cc four-cylinder engine mated to the three-speed automatic gearbox. Finished in grey with complimentary red leather interior upholstery, the Rover entered current ownership in 2018 and is showing four former keepers on HPI. Accompanied by the original book pack comprising owners manual; instructions manual; dealer directory and optional equipment book, ‘VNX 353H’ is also offered with a large collection of invoices and a quantity of early service records. Benefitting from engine remediation work in 2019 which included a skim, refacing of the valves and seats, new valve guides, seats and inlet valves.