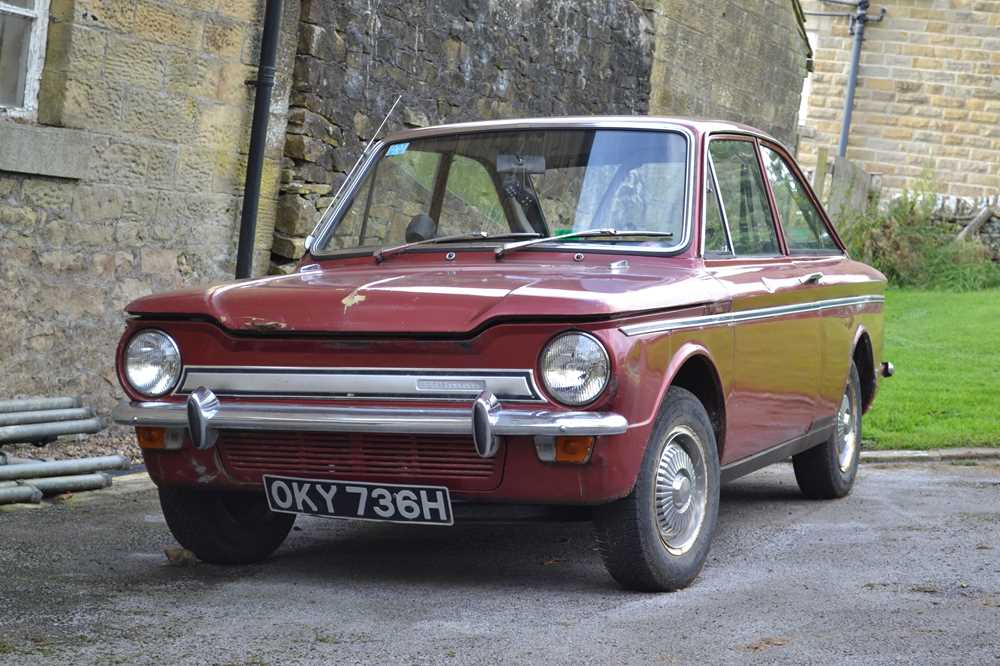 Launched in 1963, the Imp was the Rootes Group's counter to the already ubiquitous Mini. It was manufactured in the tiny town of Lindwood, Scotland and designed by Michael Parks and Tim Fry. The result was decidedly innovative and reportedly the first mass-produced car equipped with an all-alloy engine and the first volume-made British one to have its powerplant mounted in the rear. The upmarket Super Imp variant arrived in September 1965, co-incident with the MKII version of the standard car. It brought additional brightwork; over-riders; dummy front grille; wheel trims; full carpet; added sound-proofing; and a generally upgraded interior, including door-operated courtesy lights and integral ashtrays. Launched in late 1966 with the slogan 'Hallo Beautiful - meet the Imp with the fast-back look', the Californian also sported a raked windscreen, lowered roofline, dropped steering column and curved side windows for increased shoulder room etc. The work of in-house stylist Ron Wisdom, its svelte lines hid a revised front suspension set-up (less positive camber and reduced ride height) that resulted in more predictable/exploitable handling. Some £71 more expensive than its Saloon sibling, the handsome Coupe accounted for circa 6,100 domestic sales before production ceased in 1970.

This Californian was manufactured in 1970 and was supplied new to the UK being first registered on the 14th of May that year. Originally fitted with the 875cc straight-four engine mated a manual gearbox transmission, the Hillman is provided with a Sport engine that was previously overhauled, although has remained unused since overhaul. Finished in Maroon with Black interior upholstery, the Imp entered current ownership in 2013 as a restoration project having remained with the previous registered keeper from 2001. Offered as a stalled restoration project, ‘OKY 736H’ is accompanied by a quantity of spares (as pictures) and a history file containing a current V5C; copies of previous logbooks; a selection of invoices and a BT Phone Card.