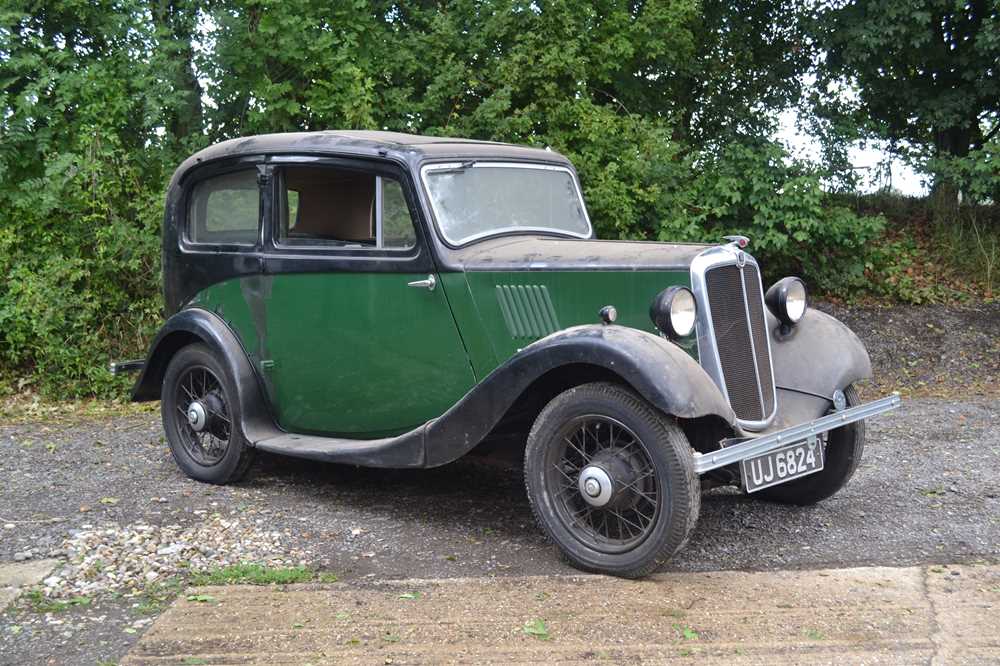 William Morris, later to be ennobled Lord Nuffield, launched his first Minor in 1928 as a direct competitor for Austin's Seven, powered by an 847cc single overhead cam motor developed by Wolseley. 39,087 ohc-engined Minor cars and commercials, and a further 47,231 vehicles with sidevalve motors were built. The first Minor was replaced by the new Eight at the 1934 London Show. During its five year production run, a total of 21,000 Eights were made at Cowley, 15 per cent of them being open tourers, though most saloons like this 1935-built example.