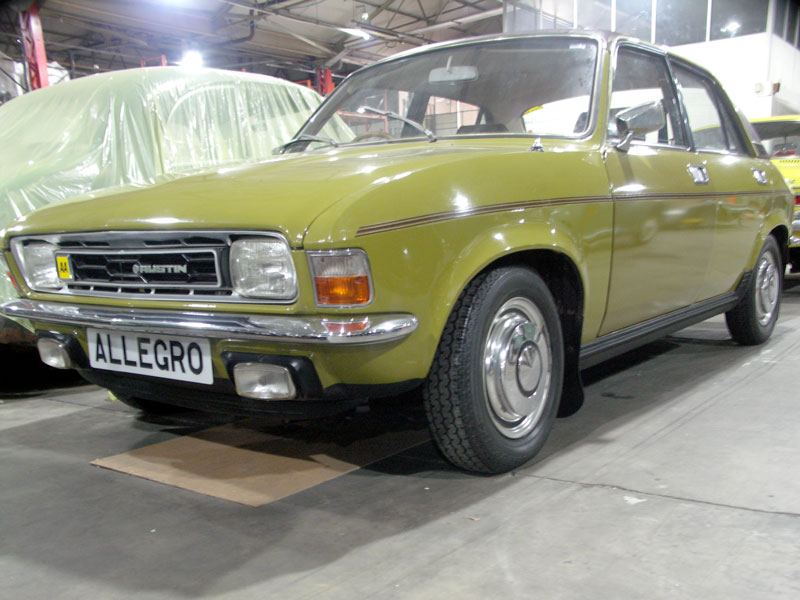 The front-wheel drive Allegro was British Leyland's replacement for the Issigonis-designed 1100 and 1300, and featured an evolution of the suspension developed for that car. Available as a two- or four-door Saloon and three-door Estate, it was powered by a range of the company's A- and E-Series engines ranging from 1100cc to 1750cc. A MK2 version was readied in time for the 1975 London Motorshow, which brought a welcome selection of improvements and upgrades. The so-called S2 1500 Special was in production from 1975 to 1979. Available in four-door form only, it was powered by a 1485cc engine of 68bhp mated to either a five-speed manual gearbox or four-speed automatic transmission.

This manual gearbox 1500 Special has been driven just 6,751 miles in the hands of its one and only careful private owner. It is a 1977 model for which he would have paid £2,662, and was donated to a Transport Museum in 1993, where it has subsequently been on display. Without MOT and tax since 1998, it no longer fits the museum's display policy and is therefore now offered for sale. The bodywork, paintwork and interior trim are described as "very good", the engine as "believed good (not running)" and the gearbox as "believed good (not tested)". A low mileage car awaiting recommissioning.
Share this page: