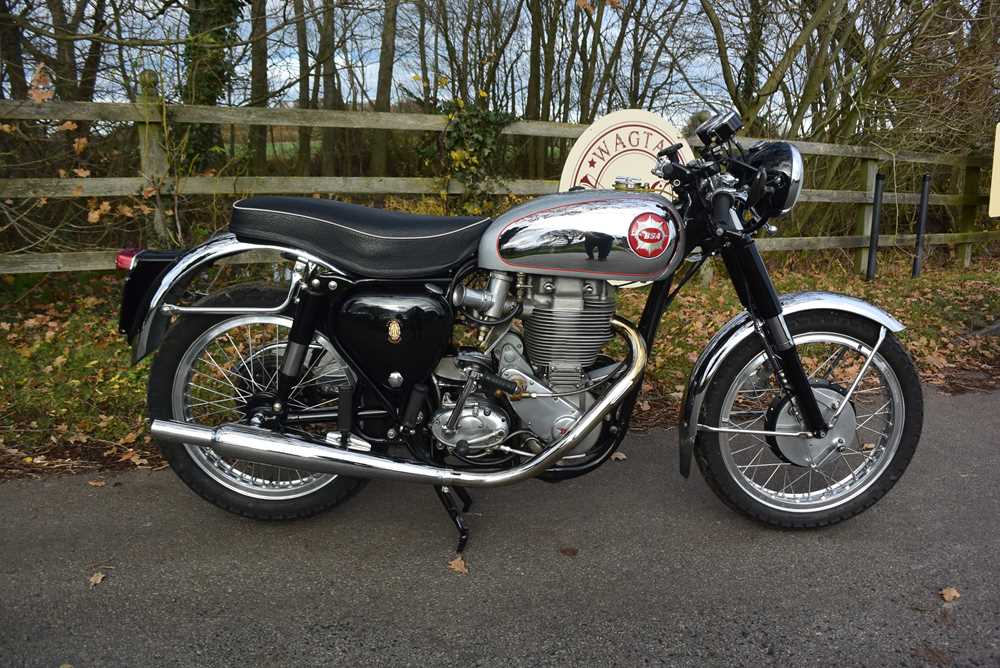 The Birmingham Small Arms factory was established in the Small Heath area of Birmingham 1861 and as the name suggests manufactured weapons. Around the turn of the century they started making bicycles and progressed onto motorcycles a few years later. BSA went on to be one of the world's largest producers of motorcycles up until its demise in the early 1970s. Probably the most sought after models produced by BSA are the Gold Star range of 350 and 500cc singles and the rare Rocket Gold Star 650cc twin of the late 50s early 60s.

This classic 1958 DBD34 was tested at the factory on the 24th April 1958 and despatched to dealers Comerfords of Thames Ditton on the 8th May, being first registered for the road a couple of weeks later. The bike comes with a dating letter from the Gold Star Owners Club together with a copy of its test sheet showing it was built to Clubman specification, fitted with an Amal GP carburettor and run on Castor Oil, it even states the ignition timing as being 39 degrees BTDC. Nicely restored to original condition and specification it has the correct 8K rev counter and 120mph speedo and alloy rims fitted with Dunlop TT100 tyres. The gearbox appears to be a RRT2 but the '2' stamping is very light. A really good example of probably the most desirable of BSAs much sought after Gold Star range. It comes with a photographic record of the restoration process, a continuation buff log book, a few old MOTS, some old tax disc and a current V5C.